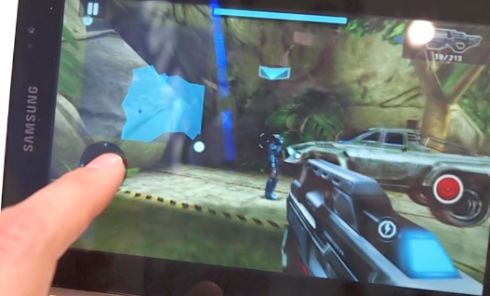 Samsung officially unveiled the Galaxy Tab 7 inch Android tablet this morning at the IFA trade show in Germany. And ever since, news has been streaming out of Berlin like a gusher. Here are some of the latest updates:

Chippy at CarryPad took a few moments to run a couple of benchmarks on the tablet. Overall, it’s not the fastest machine out there, but it certainly scores higher than a typical smartphone. That said, Chippy ran the same tests recently on the Toshiba AC100 smartbook with better results — and the AC100 has the same basic specs as the upcoming Toshiba Folio 100 , which means that may be the tablet to beat.

You can check out Chippy’s video after the break.

What, benchmarks aren’t exciting enough or you? How about this, then? One guy figured out how to root the Tab. Not bad for a device that not only isn’t available to the public yet, but which as far as I know isn’t available outside of the confines of a trade show floor (unless you’re a Samsung employee).

The Galaxy Tab has full access to the Google Android Market, which means it can run most of the games and other apps available for the Android platform. The folks at Android Central took a few of those games for a spin and they look great on the 7 inch display.

Samsung also packs the tablet with a few custom apps, and the video after the break shows some of those off as well.