Samsung’s next budget tablet is coming in January, and the company says the Samsung Galaxy Tab A8 is the “most streamlined and powerful Tab A Series device yet.” It has a 10.5 inch, 1920 x 1200 pixel display, up to 4GB of RAM and 128GB of storage, and optional support for 4G LTE on some models. 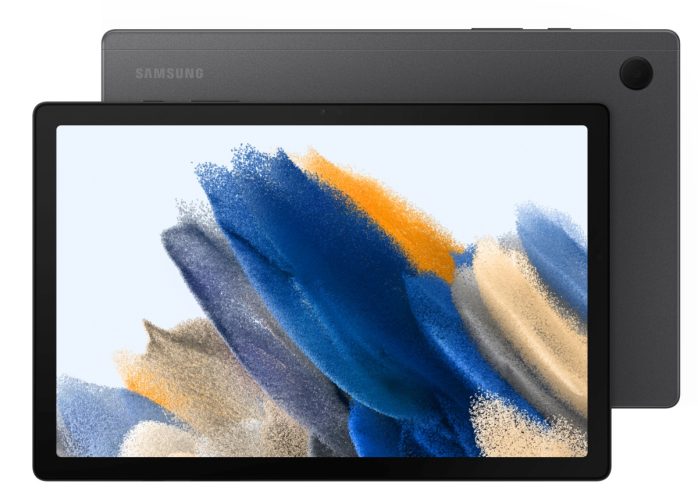 Samsung says the tablet’s 2 GHz octa-core processor includes about 10% better CPU and graphics performance over the Galaxy Tab A7. While Samsung hasn’t told us which chip the new tablet uses, it’s most likely a Unisoc tiger T618 processor.

Other features include a USB 2.0 Type-C port, 3.5mm audio jack, and a microSD card reader with support for cards up to 1TB. The tablet has quad speakers, an 8MP rear camera with auto-focus and a 5MP front-facing camera.

The Galaxy Tab A8 has a 7,040 mAh battery and support for 15W fast charging. It supports WiFi 5 and Bluetooth 5.0, and Samsung will offer models with 4G LTE in select markets.

The tablet will ship with Android 11 software and it comes with an offer for a 2-month free subscription to YouTube Premium.

The Samsung Galaxy Tab A8 will be available in gray, silver, and “pink gold” color options.

One reply on “Samsung Galaxy Tab A8 mid-range 10.5 inch tablet coming in January”