The ban on the smaller tablet affects all 27 countries that are part of the European Union. 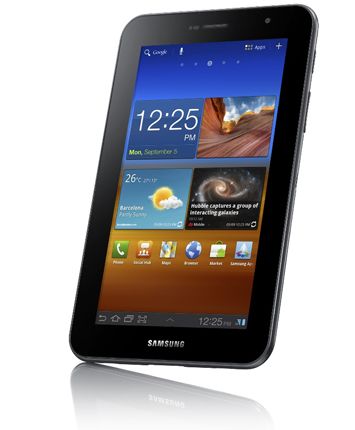 Samsung and Apple have been duking it out in courts around the globe, with each company claiming the others’ products infringe on design rights, patent rights, and other intellectual property rights.

In fact, the only reason Samsung introduced the Galaxy Tab 10.1N was to get around a ban of the original Galaxy Tab 10.1. Apple said that tablet looked too much like an iPad, so Samsung made some cosmetic changes.

Last month a US court sided with Apple, granting a preliminary injunction barring sales of the Tab 10.1 in the United States. It’s not clear if Samsung will try bringing the 10.1N model to the States next… or if the company will just push its newer tablets including the Samsung Galaxy Tab 2 (7.0), Galaxy Tab 2 (10.1), and the upcoming Galaxy Note 10.1.

via News Organizer (Bloomberg) and The Verge