Samsung’s new, cheaper 7 inch tablet is now available in the US. A number of stores including Newegg, Best Buy and Staples are offering the Samsung Galaxy Tab 3 Lite for $160.

While that makes this the cheapest 7 inch tablet Samsung has offered to date, it still feels kind of overpriced. That’s because you can pick up a Samsung Galaxy Tab 3 7.0 with a better display and cameras for just $20 more. 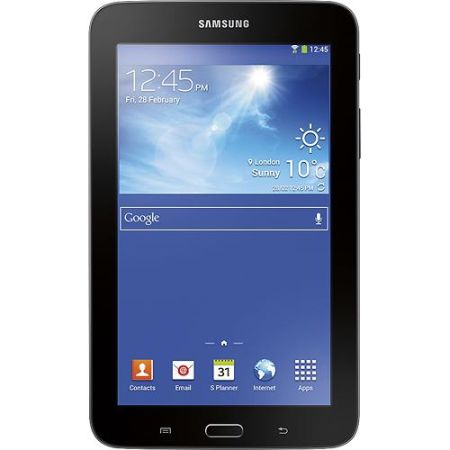 The Samsung Galaxy Tab 3 Lite looks a lot like its slightly more expensive cousin on paper. Both tablets have 7 inch, 1024 x 600 pixel displays, 1.2 GHz dual-core processor, 1GB of RAM, and 8GB of storage.

But the Lite model has a TN display panel with poor viewing angles while the original Galaxy Tab 3 7.0 has a higher-quality PLS display with wide viewing angles. If you’ve ever held a phone tablet in your hands only to watch the screen start to look like a photo negative when you tilt the display a bit, you’ll know how important viewing angles can be on handheld devices.

The Galaxy Tab 3 7.0 also has a 3MP rear camera and 1.3MP front-facing camera while the Lite model only has a 2MP rear camera and no front camera for video chats (or selfies). And it has a mono speaker rather than the stereo speakers you get with the more slightly expensive model.