, or you can save a buck by ordering the 7 inch Android tablet from Abe’s of Maine for $249. 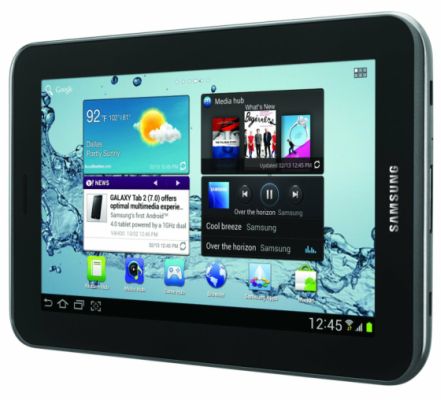 Samsung’s new tablet is a little more expensive than the $199 Amazon Kindle Fire or 8GB Barnes & Noble NOOK Tablet. But neither of those tablets features cameras and both come with custom versions of Android based on Google Android 2.3 Gingerbread.

You can hack either the NOOK Tablet or Kindle Fire to run Android 4.0, but you don’t have to void your warranty to run Google’s latest software on the Samsung tablet. It also comes with access to the Google Play Store.