Samsung has a few new 10 inch tablets on the way this year. One is is the Samsung Galaxy Note 10.1 which will feature a 1.4 GHz dual core processor and a digital pen. But the other is a cheaper model called the Samsung Galaxy Tab 2 (10.1).

While Samsung hasn’t released an official price or launch date for the Tab 2, the folks at Engadget spotted a product page at Office Depot which suggested it will sell for $399.99. 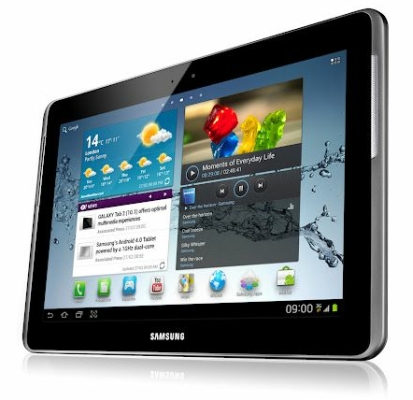 The listing has been removed, but it’s too early to tell if it was inaccurate or just premature.

Unlike the original Samsung Galaxy Tab 10.1, the new model will have a microSD card slot. But it will still be a relatively thin and light tablet, measuring 10.1″ x 6.9″ x 0.38″ and weighing about 1.3 pounds.

According to the original product announcement the tablet is expected to come in 16GB or 32GB varieties — but the Office Depot page showed an 8GB model, which might explain the $399.99 starting price.

The original 10 inch Samsung Galaxy Tab started at $499.99, although these days you can pick one up for much cheaper than that if you shop around.