Samsung launched the Galaxy Tab A line of mid-range Android tablets in 2015 with models featuring 8 inch and 9.7 inch screens. Earlier this year the company quietly added a 7 inch model to its lineup.

Now a 10.1 inch model is on the way. A press release on Samsung’s German website says the new Galaxy Tab 10.1 A (2016) will be available in Germany in June. There’s no word on if or when we’ll see it in other markets, but I somehow doubt that the South Korean device maker will only be selling this model in Germany. 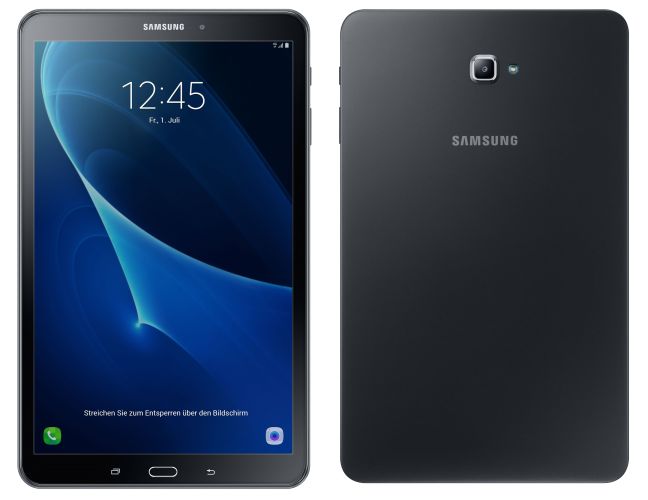 There’s a microSD card slot for up to 200GB of removable storage, a 7,300 mAh battery, an 8MP rear camera, and a 2MP front-facing camera.

Samsung’s new tablet supports 802.11ac WiFi, Bluetooth 4.2, GPS and GLONASS, and there will be WiFi-only and 3G/4G-capable models.