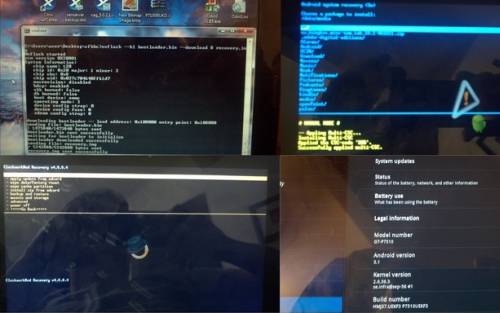 The Samsung Galaxy Tab 10.1 has only been widely available for a few days, but xda-developers forum member shep211 has already figured out how to root the device and install a the ClockWordkMod custom recovery which will make it possible to install custom ROMs, hacked kernels, and other unofficial updates.

Right now the process is only confirmed to work on tablets with unlocked bootloaders. It’s not clear if all Samsung Galaxy Tab 10.1 units are shipping with the bootloaders unlocked, or just some of them. Odds are this is something that the vast majority of tablet customers won’t care about at all, but an unlocked bootloader and support for unofficial software doesn’t just make a tablet more hackable today… it could also help extend the life span of a device even after the manufacturer stops pushing out software updates.

We regularly continue to see unofficial Android updates for the HTC Dream (or T-Mobile G1) which was the first Android smartphone released way back in 2007. In fact, Android 3.0 Honeycomb was recently ported to the aging device. But HTC hasn’t pushed out an official update in a while.