Samsung is holding an event on February 25th, where the company will officially unveil the Galaxy S9 and Galaxy S9+ ahead of this year’s Mobile World Congress show.

But thanks to VentureBeat’s Evan Blass, we have a pretty good idea of what to expect. 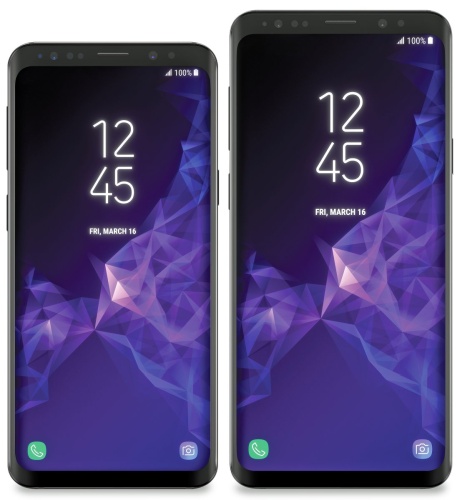 Blass has posted a set of leaked images showing the upcoming phones as well as some of the key specs. While we’ll have to wait for Samsung’s announcement to know how accurate these leaked details are, Blass has a pretty stellar track record with this sort of thing.

So here’s what we’re expecting. Both phones will feature big screens and slim bezels, but the Galaxy S9 will sport a 5.8 inch screen while the larger Galaxy S9+ has a 6.2 inch display. Basically they look like last year’s Galaxy S8 and S8+ from the front.

Both are expected to feature Qualcomm Snapdragon 845 chips when they ship in the US and China, but they’ll come with Samsung Exynos 9810 chips in other markets.

Samsung has also moved the fingerprint sensor so it’s below the camera instead of above it.

The screen size isn’t the only feature setting this year’s two models apart. Here’s a run-down of the rumored specs for each model:

Blass says the new phones should be available on March 16th. Pricing hasn’t been revealed yet.