Mobile World Congress is coming up in a little over a month, and companies including Sony, LG, Nokia, and Motorola have scheduled events where they’re expected to reveal their flagship phones for 2017.

One company that won’t be announcing a new flagship? Samsung.

Following a press conference where the company revealed results of an investigation into the cause of Samsung Galaxy Note 7 smartphone fires, Samsung mobile president Koh Dong-jin revealed that the company would not introduce the Samsung Galaxy S8 at MWC. 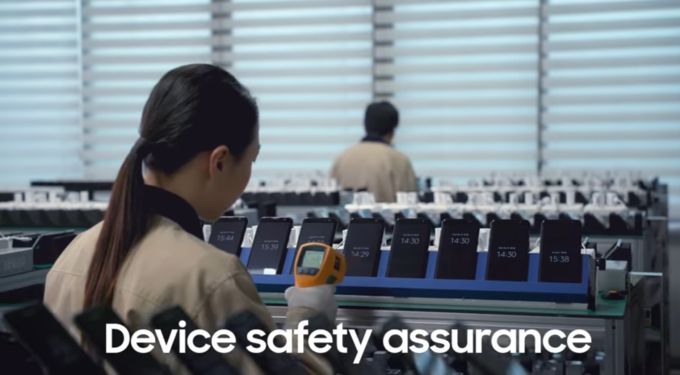 That’s a break from recent tradition: for the past few years Samsung has unveiled a Galaxy S smartphone at MWC and a Galaxy Note model in the fall.

While Samsung hasn’t announced a timeline for this year, the implication is that the company wants to take all the time it needs to avoid a repeat of last year’s disastrous Galaxy Note 7 launch, recall, and cancellation. Samsung says new battery inspection processes are in place to ensure new phones are less prone to spontaneous combustion.

Reuters reports the Galaxy S8 could be introduced in April instead of February.

Meanwhile, Samsung is also moving ahead with a next-gen Galaxy Note smartphone. This line of phones tend to have larger screens than the Galaxy S phones, and get their “Note” names from the included stylus which allows users to write or draw on the screen, among other things.

There had been some speculation that the company might scrap the Note line due to the negative publicity associated with the brand. But instead, DJ Koh says the goal is to offer a “better, safer, and very innovative Note 8.”

So what happens to the nearly 3 million Galaxy Note 7 phones that have been recalled? That’s a little less clear. But according to Reuters, Samsung is at least considering reusing some parts or selling some refurbished models with safer batteries than those used in the originals.