Samsung may sell its own Gear VR headsets for customers that want to use a Samsung phone as a virtual reality device. But now the Samsung Galaxy S8 and Galaxy S8+ also support Google’s Daydream View headset.

Actually, it should support any Daydream-compatible headset. It’s just that Google is the only company to offer one so far.

Google has said that there will be 11 Daydream-compatible phones by the end of the year, and the addition of the Galaxy S8 series phones brings us one step closer to that. 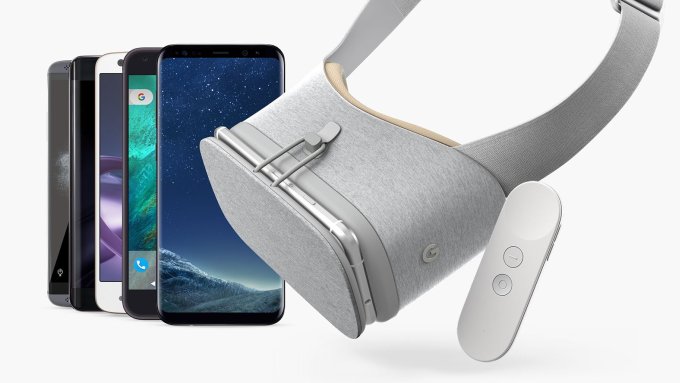 While the Gear VR already offers a strong virtual reality experience for Samsung phones, support for Daydream doesn’t just mean you get to use a different headset and motion controller. It means you also get access to the ecosystem of apps developers are creating specifically for Daydream, which could eventually outpace Gear VR-specific apps, due to the fact that there’s potentially a larger market for Daydream since it works on more phones.

At $79, the Daydream View headset is also cheaper than the latest Gear VR, which sells for $99.

I doubt it’s a coincidence that Google decided to announce Galaxy S8 support and a Daydream View sale at about the same time: you can currently snag a Daydream View for $60 or less from Amazon, Best Buy, or Verizon.

The sale runs through August 12th, while supplies last.