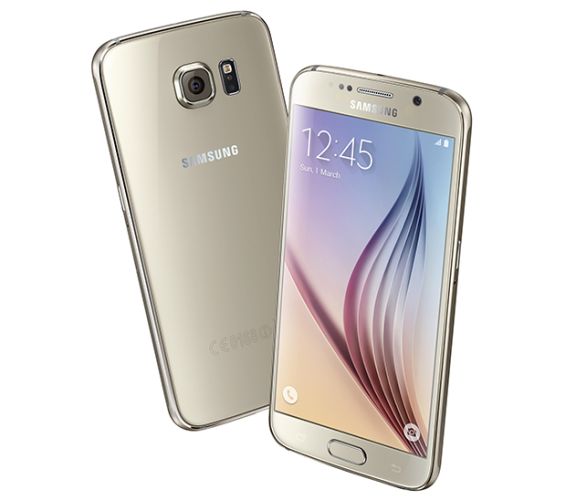 The Galaxy S6 has a 5.1 inch, 2560 x 1440 pixel Super AMOLED display with Gorilla Glass 4. Like last year, Samsung is also introducing an Edge model with a curved display that bends over the edge of the device… but while the Galaxy S5 Edge had a screen that extended onto just one edge of the phone, the Galaxy S6 Edge actually curves to cover both edges of the screen.

There are some nifty uses for that edge including an option to assign custom colors to your contacts. If the phone is placed face down, the edge will glow in that appropriate color when a call or message from that contact comes in, letting you see who’s calling at a glance. 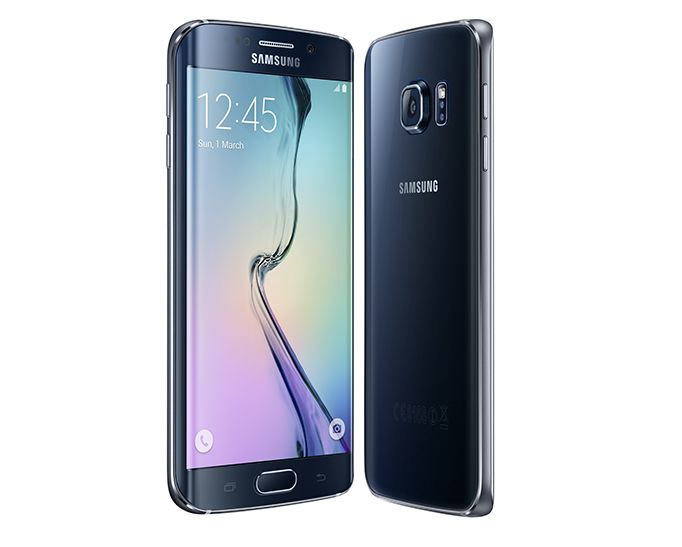 As expected, Samsung is also using UFS 2.0 storage for the Galaxy S6 series phones, which should offer faster read and write speeds than the eMMC storage used in most smartphones. 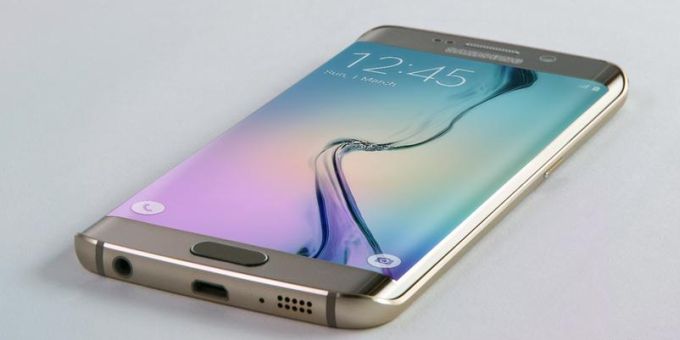 The battery is no longer user replaceable. For the first time, Samsung’s flagship phone includes a built-in battery. Samsung officials say they held out on doing that until they could offer a phone with a built-in battery that would be easy to keep charged.

Samsung says the Galaxy S6 series phones include quick charge technology which Samsung says lets you get 4 hours of run time from a 10 minute charge.

Another feature that Samsung phones have been known for is their support for microSD cards… but the Galaxy S6 and Galaxy S6 edge lack support for storage cards.

Samsung has also launched a new mobile data payment service called Samsung Pay. This will compete with Apple Pay and Google Wallet, allowing you to pay for purchases with your smartphone at any location that accepts NFC payment. But Samsung Pay also works at stores that don’t accept NFC payments.

That’s because the platform includes a technology that allows you to use your phone like a credit card to pay for purchases at stores that normally only accept traditional magnetic credit cards. Samsung Pay will be available on both the Galaxy S6 and Galaxy S6 Edge.