The Samsung Galaxy S4 that’s available in the US and Europe is one of the fastest smartphones around, packing 4G LTE wireless capabilities and either a Samsung Exynos 5 Octa processor or a speedy Qualcomm Snapdragon 600 chip.

But if you happen to be in South Korea, you can get an even faster model. SK Telecom just announced a new version of the Galaxy S4 with a Qualcomm Snapdragon 800 CPU and support for LTE Advanced mobile broadband. 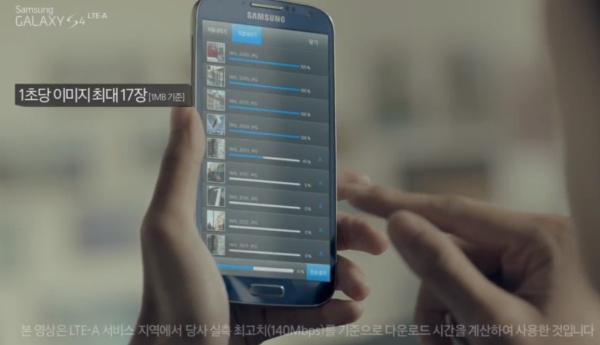 The rest of the specs are pretty much the same as on the international versions of the Galaxy S4, including a 5 inch, 1920 x 1080 pixel display, 2GB of RAM, and a 13MP camera.

Qualcomm’s Snapdragon 800 processor is one of the fastest ARM-based chips to date, and recent benchmarks show it kind of blows away the competition in terms of graphics performance.

Meanwhile LTE Advanced networks can handle download speeds as high as 150 Mbps, although real-world performance will probably be somewhat slower most of the time.

It’s unlikely we’ll see this phone in the US anytime soon, as there aren’t any wireless carriers that offer LTE-A service yet.