The Samsung Galaxy S20 Ultra isn’t the first smartphone with a 108 megapixel camera (that would be the Xiaomi Mi Note 10/Mi CC9 Pro). But when Samsung’s new phone hits the streets next month, it will be the first to feature Samsung’s new ISOCELL Bright HM1 108MP image sensor. 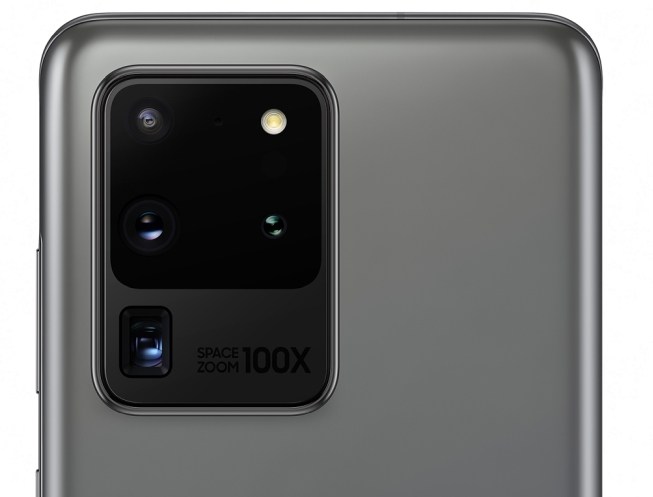 Like most smartphones with ultra-high-res cameras, the idea isn’t actually to let you snap photos 108 megapixel images… although you can do that if you want. Rather, the camera can combine data from multiple pixels to enhance images saved at lower resolutions.

For example, the image sensor features 108-million 0.8μm pixels, but by combining data from 9 neighboring pixels, you can save a 12 megapixel image where each point acts more like a 2.4μm pixel. In layman’s terms, that means you can capture more light, which especially comes in handy in dimly lit environments.

Samsung says it minimizes interference when joining data from those neighboring pixels using a new (poorly described) “ISOCELL Plus technology, which dramatically reduces crosstalk and minimizes optical loss as well as light reflection.”

The company notes that its new 108MP camera can also be used to enable 3X lossless zoom without a telephoto lens. Basically you can crop a photo and save it as a 12MP image without losing any detail.

Since the Samsung Galaxy S20 Ultra does have a separate 48MP telephoto lens camera, it’s unclear how important that last feature will be — I’m not sure if the two cameras work together to enable the phone’s support for 10X optical zoom or if the 48MP camera alone handles that.

Other features of the new ISOCELL Bright HM1 image sensor include support for recording 8K video at 24 frames per second, and automatic ISO selection.

You can read more about Samsung’s new ISOCELL Bright HM1 in the company’s press release.