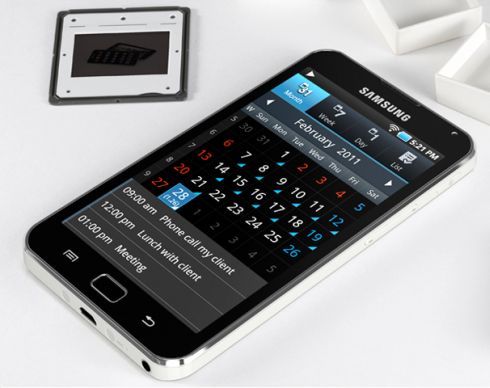 Samsung has announced that it will begin shipping its new 4 and 5 inch Galaxy S WiFi tablets soon. Unfortunately the Korean company is doing a gradual rollout instead of launching the Samsung Galaxy S WiFi 4.0 and Galaxy S WiFi 5.0 globally right away.

The 4 inch model will hit Russia first, while the 5 inch version will launch initially in Switzerland.

While the company’s new 9 and 10 inch tablets have high resolution screens, dual core NVIDIA Tegra processors, and run Google Android 3.0 Honeycomb, the 4 and 5 inch models are basically smartphones without the phone calling capabilities.

The tablets will ship with Google Android 2.2, 480 x 800 pixel displays, and 1 GHz Samsung Hummingbird processors as well as a 3.2MP camera on the back.

The tablets support a wide range of media formats including MP4, H.264, and DiVX. While it’s tempting to think of these little guys as portable media player rather than tablets, they do ship with full access to the Google Android Market which means they can run more than 150,000 Android apps including apps for making voice and video calls over WiFi.