Samsung has added yet another pocketable Android device to its lineup with the introduction of the Samsung Galaxy S WiFi 4.2. In case you couldn’t guess from the name, it has a 4.2 inch display and WiFi support — but it doesn’t make voice calls or connect to the internet over telephone networks. 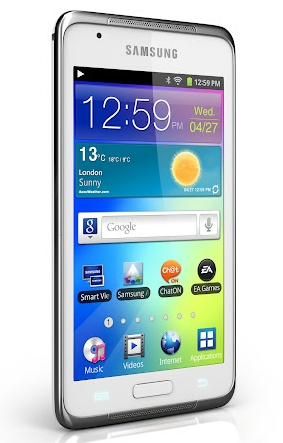 Otherwise, the Samsung Galaxy S WiFi 4.2 looks nearly identical to an Android smartphone you would have paid top dollar for in 2010.

The device has a 4.2 inch, 480 x 800 pixel display and a 1 GHz single core processor. It runs Google Android 2.3 Gingerbread and comes with the Google suite of apps including the Android Market.

It has 512MB of RAM and 8GB to 16GB of storage, plus a microSD card slot for extra space.

The Galaxy S WiFi 4.2 supports 802.11b/g/n WiFi and Bluetooth 3.0. It doesn’t appear to have GPS, which is a feature found on a few of Samsung’s other Android-powered portable media players.

I reviewed the Galaxy Player 5.0 last year, which is a similar device with a 5.0 inch display. This is a decent line of products for folks looking for something like an iPod touch, but with a larger display and without the Apple logo (or app store). The new model looks a little thinner.