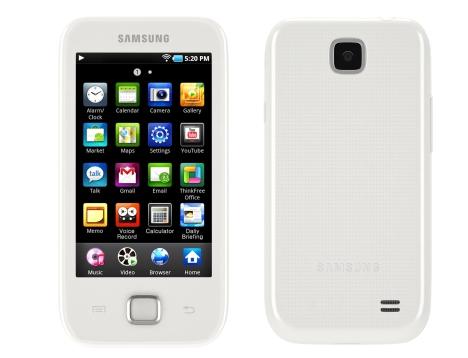 There’s still no word on a US launch date, but it looks like Samsung is set to release the Galaxy Player handheld device with Google Android in the UK later this week. Amazon UK and Play.com are both taking pre-orders for the little guy with an estimated release date of January 7th.

The Galaxy Player is sort of like a smaller, cheaper Samsung Galaxy S smartphone that just doesn’t happen to make phone calls. It has a 3.2 inch LCD display, GPS, WiFi, and Bluetooth, and a 1GHz Samsung Hummingbird processor. Unlike some other Android powered media players, the Samasung Galaxy Player also ships with access to the Android Market, no hacks required.