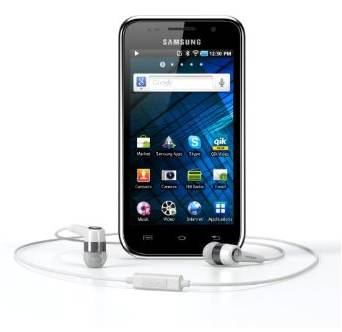 Update: It was nice while it lasted. Amazon has returned the prices to $230 for a 4 inch model and $270 for the Galaxy Player 5.0. It looks like this may have just been a holiday sale.

The Samsung Galaxy Player features a 800 x 480 pixel capacitive multitouch display and runs Google Android 2.3.5. It has Samsung’s TouchWiz software and full support for the official Google Android Market and other Google apps including Google Maps and Gmail.

Aside from the screen size and price, the biggest difference between the Galaxy Player 4.0 and 5.0 is the battery. The larger model has a 2500mAh battery while the smaller has a 1200mAh battery.

Both devices have front-facing VGA cameras and 3.2MP rear cameras with flash, 8GB of storage, and microSD card slots for expansion. They support 802.11b/g/n WiFi.

While the WiFi-only device can’t connect to the internet over 3G, you can make phone calls over WiFi using Skype or a different Voice over IP app if you really want to treat the Galaxy Player as a cheap household phone.

6 replies on “Samsung Galaxy Player price falls to $189 (Update: Nope, it was just a sale)”