Samsung’s Galaxy NX is probably the most impressive camera ever to ship with Android as its operating system. It’s a mirrorless camera that can use interchangeable lenses, features a 20.3MP APS-C CMOS sensor, the ability to record 1080p video or shoot continuous photos at up to 8.6 frames per second.

The camera’s aimed at professional-level photographers, not your average point-and-shoot camera customers. So it’s expected to cost quite a bit more than the company’s $399 Samsung Galaxy Camera.

Samsung’s Galaxy NX camera isn’t yet available in the US, but several UK retailer starting taking orders this week — where it sells for £1,299, or nearly $2000. 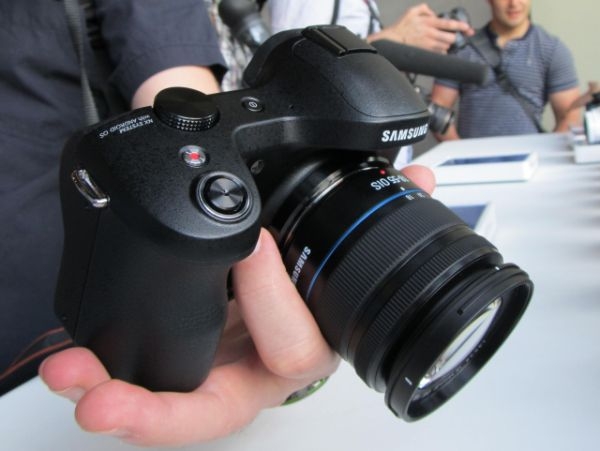 Any way you slice it, this isn’t a cheap camera. But DSLR phones rarely are — and most don’t let you instantly share your photos to Facebook, edit your videos, or play Angry Birds.

The Samsung Galaxy NX has a 1.6 GHz quad-core processor, 2GB of RAM, and 16GB of built-in storage.

While you can’t yet buy one in the US, there’s a product page at B&H. You can sign up to receive a notice when the camera’s in stock.

via Engadget and Pocket Lint