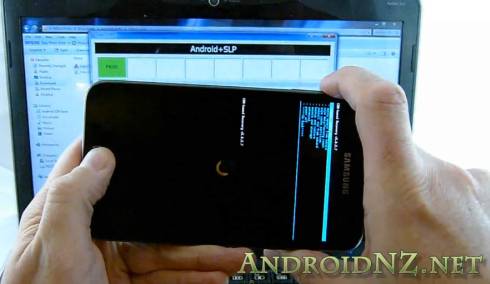 The Samsung Galaxy Note 5.3 inch tablet/phone hybrid is just starting to go on sale around the globe. But it’s already been rooted. AndroidNZ has posted instructions for rooting the device and installing ClockworkMod recovery.

That will allow you to create a complete system backup, tweak your operating system, or run Android apps that require root access. It’s also the first step toward replacing the software that comes with the Samsung Galaxy Note with custom firmware — once somebody whips some up.

That’s not the only new Samsung device to receive the root treatment though. Paul O’Brien at MoDaCo has posted a utility that will let you root the Samsung Galaxy Nexus and install SU and SuperUser.

What makes the Galaxy Nexus special is the fact that it will be the first smartphone to ship with Google Android 4.0 Ice Cream Sandwich. Google works closely with handset makers on Nexus phones, and positions them as developer phones as well as devices for the general public. So they tend to be pretty easy to root — but it’s still pretty impressive to see the Galaxy Nexus rooted before it’s even released to the public.

The Samsung Galaxy Note has a 5.3 inch, 1280 x 800 pixel display, a 1.4 GHz dual core processor, and Android 2.3 Gingerbread operating system with Samsung TouchWiz customizations and support for a stylus.