Almost a year after launching the Galaxy Note 7 smartphone… and then canceling the product after numerous reports of Note 7 smartphones catching fire, the Note 7 is back. But this time it’s called the Samsung Galaxy Note Fandom Edition, it’s had a small price cut, and it’ll be available exclusively in South Korea at launch. The phone goes on sale in that county on July 7th.

The refurbished phone has a smaller battery, but otherwise has all the features of the original, plus software features borrowed from the Galaxy S8 and S8+ smartphones.

Samsung’s move to re-launch the phone would probably be more exciting if the company wasn’t expected to unveil the newer Galaxy Note 8 soon. 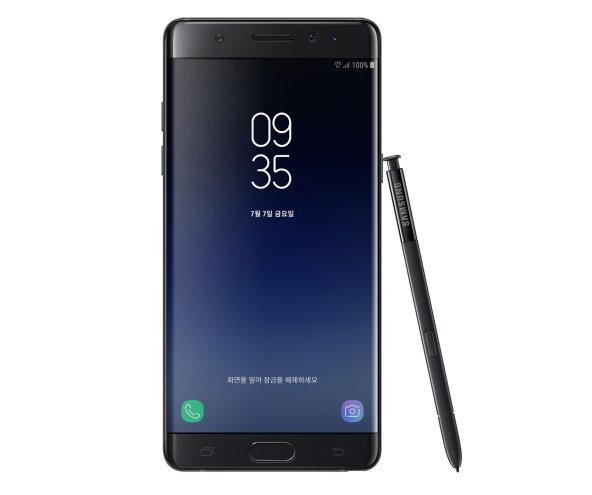 As a member of the Galaxy Note family, the phone has one key feature that sets it apart from the Galaxy S family: a pressure-sensitive digital pen called the S-Pen.

The Samsung Galaxy Note FE (Fandom Edition) has a pen that supports 4096 levels of pressure sensitivity, and the phone features a 5.7 inch, 2560 x 1440 pixel display, 4GB of RAM, 64GB of storage, a microSD card reader, a USB Type-C port, and an IP68 waterproof chassis.

While Samsung originally sold several million Galaxy Note 7 smartphones before issuing a recall, the company is only planning to make 400,000 Note FE units available in South Korea for now. Depending on the reception, the company may decide to offer the phone internationally.