Samsung is holding an event next week where the company is expected to launch the Samsung Galaxy Note 9 smartphone, a new Galaxy Watch, and maybe a few other gadgets.

But the company seems to be having a hard time keeping a lid on things until next week.

The latest leak comes from Samsung New Zealand, which posted a promotional video for the Note 9 online. It’s been removed from the company’s official channels, but the internet never forgets so there are plenty of re-uploaded videos giving us an idea of what to expect from Samsung’s next high-end smartphone. 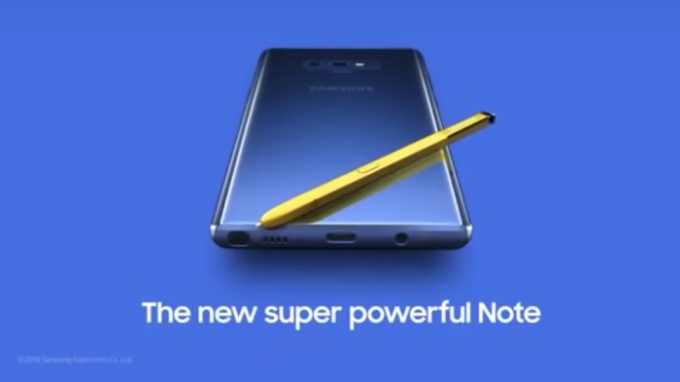 For the most part the new phone looks a lot like the Galaxy Note 8. There’s no notch in the display, and there are virtually no side bezels, thanks to Samsung’s Infinity display that wraps around the left and right sides of the screen.

On the back there’s still a dual camera system and a fingerprint sensor… although the fingerprint reader has been moved so that it’s below the cameras instead of next to them. This should make it a little easier to unlock your device with a touch.

The most surprising thing in the video is the claim that the phone supports up to 1TB of storage. Samsung won’t be selling a model with that much storage built in, but the phone is said to support 512GB microSD cards and you’ll apparently be able to buy a Note 9 with up to 512GB of internal storage (at least in some markets).

The video also shows a new S Pen that comes in a pencil-like yellow color.

We’ll probably have to wait until next week to find out more about the Note 9’s other specs, features, and pricing.

One reply on “Samsung Galaxy Note 9 leaked again (by Samsung), will support up to 1TB of storage (kind of)”