Samsung’s Galaxy Note 8 smartphone takes a lot of design cues from the company’s Galaxy S8 and Galaxy S8+ but it has a bigger screen, and support for Samsung’s S-Pen. It also has 50 percent more RAM and it’s Samsung’s first high-end phone to feature a dual camera system on the back.

The Galaxy Note 8 goes up for pre-order August 24th and it’ll be available in-stores September 15th. The phone will be available from all major US wireless carriers.

It wont’ come cheap though: T-Mobile says the phone has a full retail price of $930, while AT&T is charging $950 and Verizon is selling it for $960… although each carrier will also let you break up the price of the phone into monthly payments.

Oh, and it’s pretty much exactly what we’d been expecting thanks to numerous leaks. 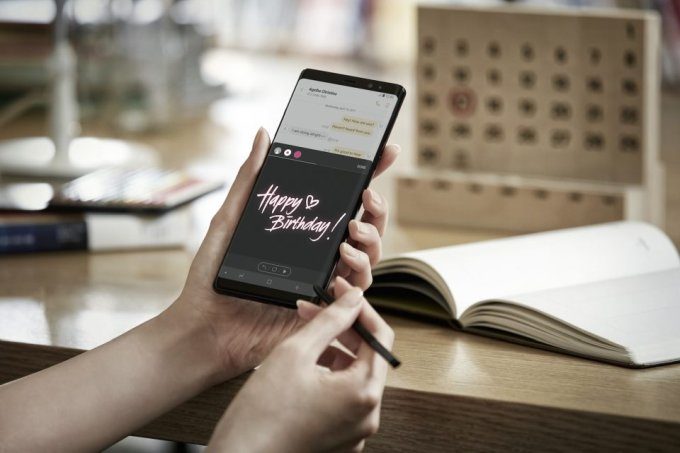 As is often the case, the phone will come with different processors in different regions. While not mentioned by name in the spec sheet, one is likely a Snapdragon 835 processor while the other is probably  Samsung Exynos chip.

On the back of the phone there’s a 12MP dual-camera system which combines a wide-angle lens and a telephoto lens, giving you optical zoom capabilities. Both lenses have optical image stabilization.

Since the slim bezels on the front of the phone don’t leave enough room for a fingerprint sensor, Samsung has put it on the back of the phone, next to the cameras. That’s similar to the placement of the fingerprint scanner on the Galaxy S8, but I’m still not sure why the company doesn’t put the sensor below the camera the way Google and many other companies do.

There’s an 8MP front-facing camera with autofocus embedded in the slim bezel above the screen and an iris scanner.

The Galaxy Note8 has a 3,300 mAh battery with support for wireless charging, and Samsung says it supports fastheadhead charging whether you’re using a wired or wireless charger. You can use WPC or PMA-compatible chargers with the phone. 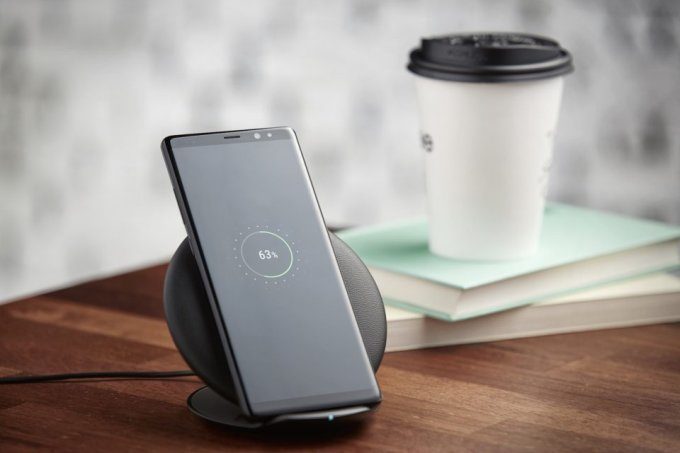 The phone is IP68 rated for water and dust resistance. 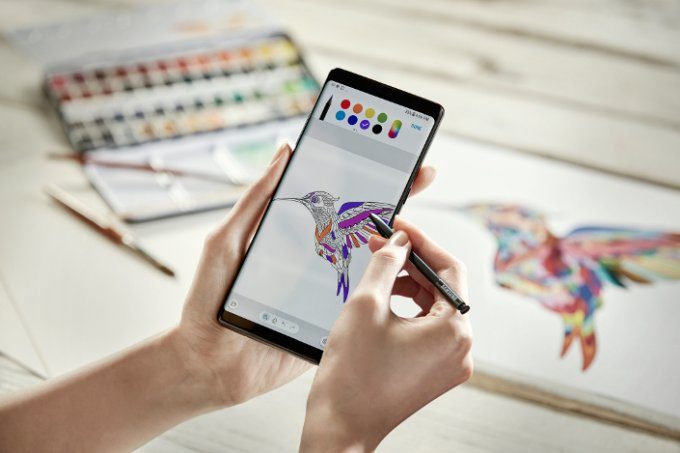 While Samsung points out that the Note 8 has the largest screen of any Galaxy note to date, that seems like a minor distinction, since the 6.3 inch display is only 0.1 inches larger than the 6.2 inch, 2960 x 1440 pixel display on the Galaxy S8+.

In fact, the only things that really differentiate this phone from the S8+ are:

If Samsung continues offering Galaxy S+ phones with big displays, I suspect that eventually the only difference between an S+ and a Note will be the pen… which makes me wonder if Samsung will either plan new distinguishing features for next year’s models… or eventually merge the lineup and offer a Galaxy S9, Galaxy S9+ and Galaxy S9 Note.