It’s expected to feature a 5.55 inch, 720p display and Samsung’s S Pen digital pen. It’s also expected to be a bit cheaper than a normal Galaxy Note 3 — although with a pre-order price of 599 Euros, it’s still not exactly inexpensive.

Update: The phone’s probably real, but Samsung apparently has no plans to offer it in the US or the UK. 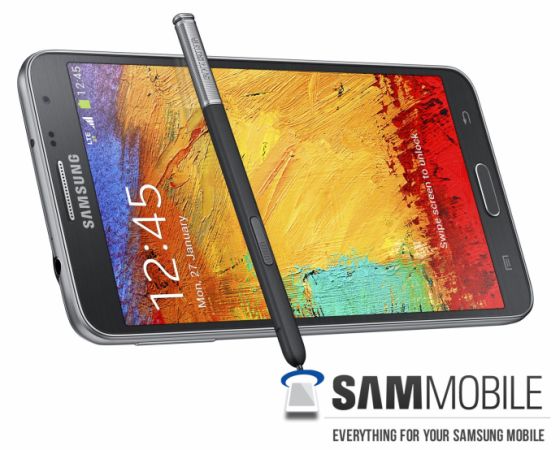 Samsung hasn’t yet officially introduced the phone, but according to SamMobile it’ll have 2GB of RAM, 16GB of storage, a microSD card slot, an 8MP camera, and a 3100mAh batter. It runs Android 4.3 Jelly Bean, and like other members of the Galaxy Note family, you can use the S Pen to write, draw, or interact with Samsung’s S Note, Multi Window, and other apps.

While the phone looks a lot like the Galaxy Note 3, if the rumors are correct it’ll have a slightly smaller, lower-resolution display, a lower resolution camera, and less memory and storage.