Up until recently most smartphone displays had a 60 Hz screen refresh rate, but a growing number of phone makers are opting for 90 Hz, 120 Hz, or 144 Hz displays that can make games and animations look more fluid. But those screens also drain your battery more quickly since it takes more power to redraw everything on the screen 120 times per second than it does to do it 60 times.

So phone makers typically offer an option to enable or disable the high screen refresh rates.

Samsung is doing something a little different for its new Galaxy Note 20 Ultra smartphone though. The phone has a 120 Hz display, but it supports variable refresh rate (VRR) technology, allowing the phone to automatically adjust the rate depending on the activity. 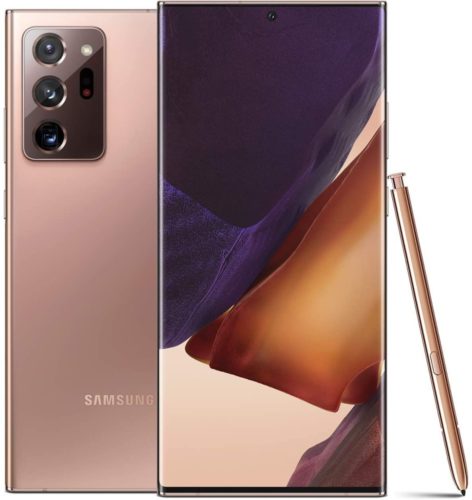 The company says these automatic adjustments allow you to get the high refresh rate when you’re likely to notice it, but throttle downward when you’re not… resulting in up to 22-percent lower power consumption than other phones with high screen refresh rates.

That will make the Galaxy Note 20 Ultra the first smartphone with an OLED display capable of refresh rates as low as 10 Hz, and Samsung says the company developed new backplane technology designed to prevent it from looking like the screen is flickering when running at rates that low.

The new VRR technology doesn’t come cheap though — the Samsung Galaxy Note 20 Ultra is up for pre-order for $1300 and ships August 21st.

Of course, if you’re willing to settle for a 60 Hz display, you can save $300 by picking up the non-Ultra version of the Galaxy Note 20. But you’ll also give up some screen resolution, memory, and a microSD card slot if you opt for the cheaper model (which still costs $1000).