The Samsung Galaxy Note 10.1 is an Android tablet which you can use with your fingers or with a digital pen. Samsung has been promoting the 10 inch sibling to its popular Galaxy Note 5 inch smartphone for a while, but every time a pre-order page pops up, it promptly disappears.

We’ll see if the umpteenth time is the charm, because Negri Electronics is now taking orders for the new tablet. 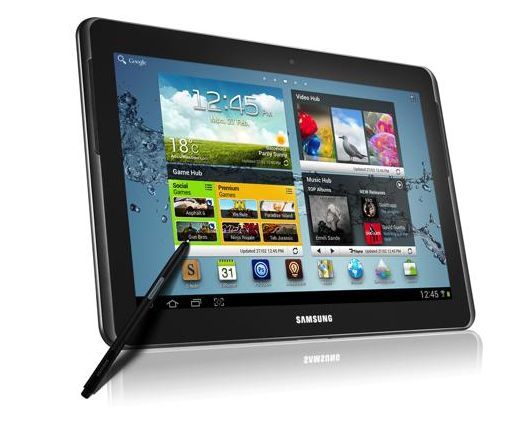 Unfortunately, while we’ve seen suggested prices as low as $500, Negri is charging $750. That’s not just an early adopter markup though — Negi Electronics is selling a model with a carrier unlocked quad-band HSPA radio for use on cellular networks.

It’s not clear whether the model sold in the US will have 2GB of RAM, like some models floating around, or 1GB like most modern Android phones and tablets.

2 replies on “Samsung Galaxy Note 10.1 available from Negri Electronics… for $750”