The Samsung Galaxy Fold launched in South Korea a few weeks ago. This Friday you’ll be able to pick one up in the United States.

As expected, it won’t be cheap: the phone will be available from retailers including Samsung, Best Buy and AT&T for $1980. 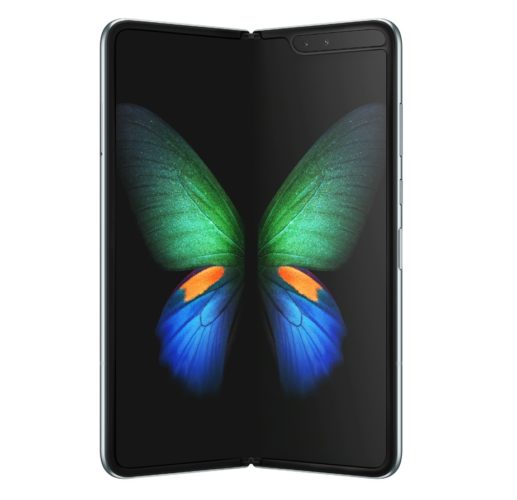 Samsung’s first smartphone with a foldable display can be used with one hand when it’s folded up and you’re looking at the secondary screen on the outside. Or you can unfold the phone to reveal a larger 7.3 inch display on the inside for a tablet-like experience.

It was originally scheduled to launch in April, but Samsung delayed the Galaxy Fold’s release after early reviews notes that the screen was easy to damage. The company shored up protections… and added some warnings — the phone is still pretty fragile for a $1980 device that’s meant to be carried around in a pocket or handbag.

But that didn’t stop the first batch of 4,000 units from selling out quickly in South Korea.

In some ways the Galaxy Fold seems like a device from the future: it’s a phone! It’s a tablet! It’s tiny! It has a big screen!

In other ways, it seems like a prototype: Samsung says not to press the screen too hard or you might break it!