As expected, Samsung’s next premium Chromebook is coming soon and it carries a slightly less premium price tag than its predecessor.

The new Samsung Galaxy Chromebook 2 is set to go on sale in the first quarter of 2021 for $550 and up. It will be the first Chromebook to feature a QLED display when it arrives, and the notebook features a 13.3 inch full HD touchscreen display and 360-degree hinge that allows you to use it as a laptop or a tablet. 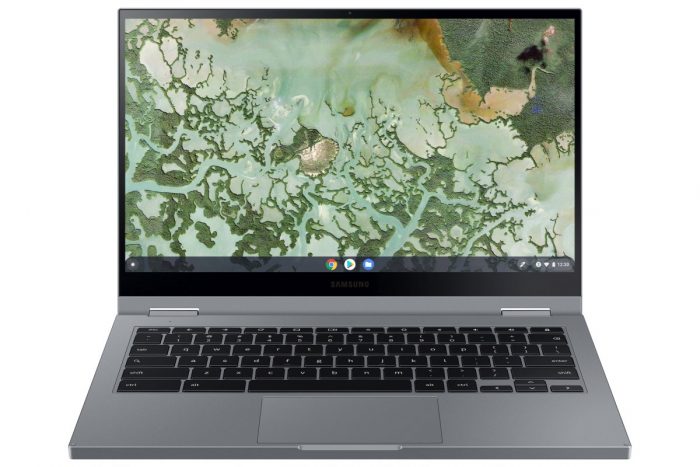 Other features include a backlit keyboard, an aluminum body, stereo 5W speakers, a 720p webcam, support for WiFi 6, and a 45.5 Wh battery. 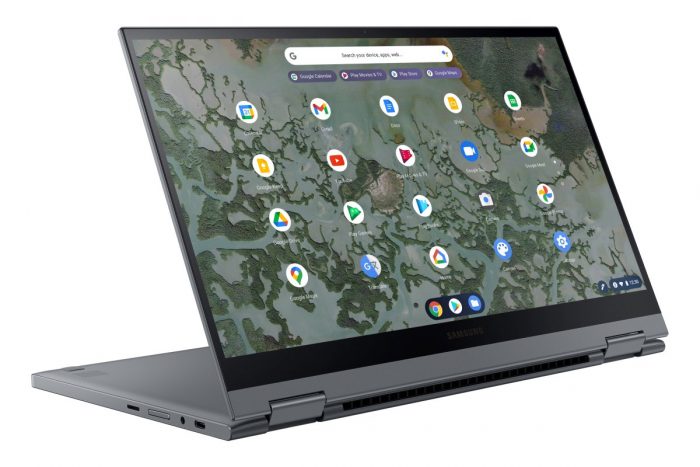 As the name suggests, the Galaxy Chromebook 2 is a second-generation device. The original Samsung Galaxy Chrombook launched in mid-2020 for $999. So what makes the new model so much less expensive?

There are a few key differences. The first is the display – while Samsung says its QLED display technology can show more than a billion different colors on a “vivid and bright” display, it’s certainly cheaper to produce a FHD QLED display than a 4K AMOLED screen like those used for the original Samsung Galaxy Chromebook.

The second are the processor, memory, and storage specs. The original Galaxy Chromebook was available in a single configuration with an Intel Core i5-10210U quad-core Comet Lake processor, 8GB of RAM, and a 256GB solid state drive. The 2nd-gen model comes in two configurations, and they’re both less impressive than the original:

The Samsung Galaxy Chromebook 2 will be available in two colors: grey or red.