Like the idea of a point-and-shoot camera with a 4.8 inch display and Android 4.1 Jelly Bean software, but don’t want to sign up for a 4G mobile broadband contract to go with your expensive camera? No problem. Samsung has announced that a WiFi-only version of its Galaxy Camera will be available later in April for $450.

You’ll be able to pick one up from Samsung.com and other retailers. 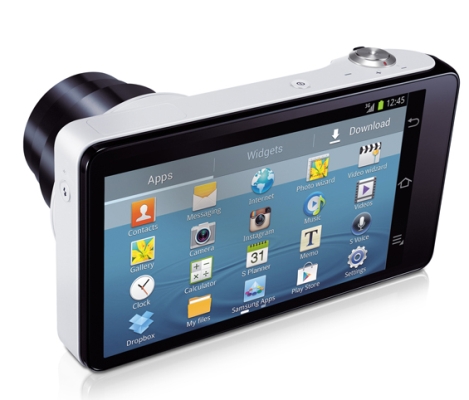 The Samsung Galaxy Camera has an Exynos 4412 quad-core processor, 8GB of built-in storage, and a microSD card slot. Oh yeah, it also has a 16MP image sensor, and a 21x optical zoom.

While the new model doesn’t have a 4G module, it does have GPS support which will let you add locations to photos you snap.

Basically this is a device for folks who like being able to instantly edit and share photos, but who are disappointed with the cameras that come with most smartphones. While the 4G model makes it easy to upload photos from nearly anywhere, it seems a bit silly to spend extra money on a data plan for a camera if you’ve already got a phone.

You can use the Galaxy Camera WiFi to share your images once you get to your home, work, coffee shop or other WiFi hotspot. Or if your phone supports tethering, you can still use the camera to get online from just about anywhere.

While the $450 asking price is a bit lower than the starting price of a 4G model, it’s not much cheaper. AT&T sells a 4G LTE model for $500 and offers month-to-month data plans.