Samsung is scheduled to introduce the Galaxy S23 smartphone on February 1, 2023. But it looks like the company will also introduce several new laptops at the same time.

Ishan Agarwal and MySmartPrice report that Samsung will launch five different laptops under the Samsung Galaxy Book 3 brand, as well as the Galaxy Book2 Go (which has already launched in France and the UK). 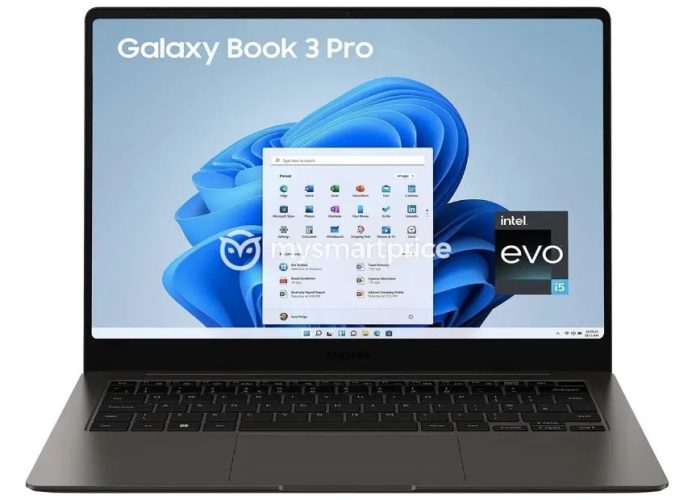 The Galaxy Book2 Go is a 14 inch laptop with a Qualcomm Snapdragon 7C+ Gen 3 processor, WiFi 6E and optional support for 5G.

Folks looking for higher-performance laptops will have several models to choose from, including:

Unsurprisingly, models with 360 in the name will have touchscreen displays and 360-degree hinges, allowing you to use them in laptop, tablet, tent, or stand modes.

While I haven’t seen many specs or other details about the Book3 or Book3 360, MySmartPrice has some more information about the higher-priced Pro and Ultra models.

The Galaxy Book 3 Ultra will allegedly be a high-performance laptop with a 16 inch, 2880 x 1800 pixel AMOLED display and up to an Intel Core i9-13900H processor, NVIDIA GeForce RTX 4070 graphics, 32GB of LPDDR5 memory and a 1TB PCIe Gen 4 SSD. There’s also room for a second SSD, allowing users to upgrade the storage without replacing the drive that comes with the laptop.

Despite its big screen and powerful hardware, the laptop is expected to weigh just under 4 pounds (1.8 kg) and measure 0.67 inches (17 mm) thick. It should have a 76 Wh battery, a 136 Wh power supply, and quad speakers.

Want a better look at the Galaxy Book 3 Ultra? WinFuture has a bunch of leaked pictures of the upcoming notebook.

Both are said to feature 2880 x 1800 pixel AMOLED displays, a choice of Intel Core i5-1340P or Core i7-1360P processors, up to 16GB of DDR5 memory and up to 1TB of PCIe Gen 4 NVMe storage. The Galaxy Book 3 Pro series laptops feature Intel Iris Xe integrated graphics and have no discrete graphics option. And both laptops should come with 65W power adapters. 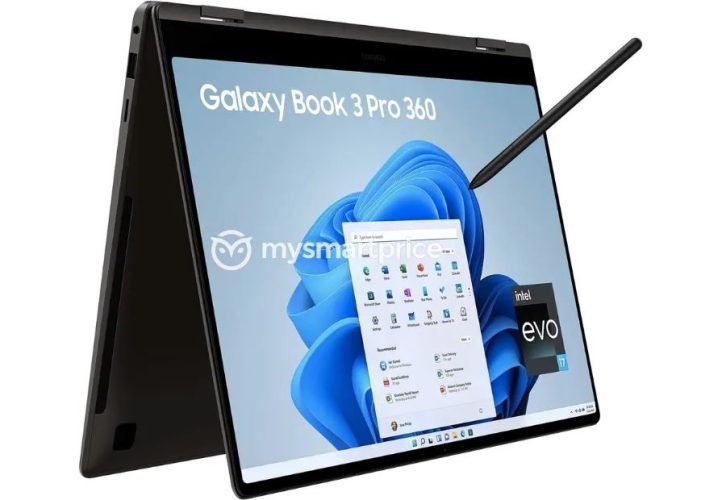 Models with 360-degree hinges will have touchscreen displays and support for a pressure-sensitive Samsung S-Pen.