The Samsung Galaxy Book2 is a 12 inch Windows 10 tablet with a 2160 x 1440 AMOLED pixel display, a detachable keyboard cover, a pressure-sensitive pen, and built-in 4G LTE.

It will be available this month from AT&T, Sprint, and Verizon and you’ll be able to buy one online for $1000 from the Microsoft Store or Samsung.

As the name suggests, the Galaxy Book2 is a follow-up to last year’s Galaxy Book. But the new model has one key difference: it’s powered by a Qualcomm Snapdragon 850 ARM-based processor rather than an Intel processor. 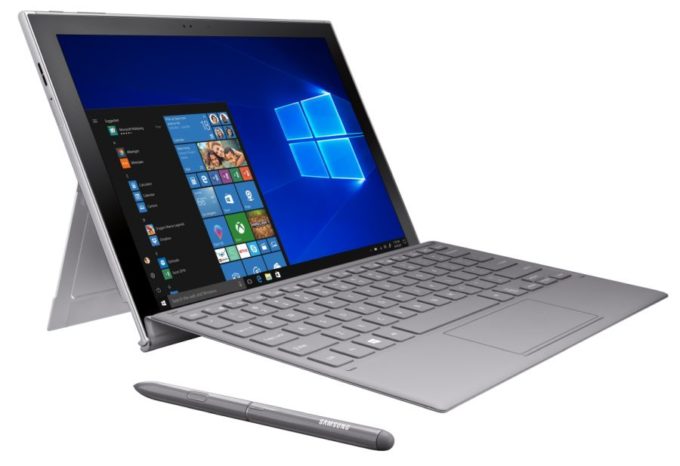 That means the new model comes with all the advantages and disadvantages associated with Windows on ARM. You can expect long battery life, a thin, light, and fanless design and integrated support for 4G LTE as well as WiFi and Bluetooth.

But the system will also ship with Window 10 in S Mode, which means you can only run third-party apps if they’re downloaded from the Microsoft Store. You can switch to the full version of Windows 10 for free, and that will allow you to install more apps. But 64-bit apps designed for x86 chips are still off-limits, and some 32-bit apps may run more slowly than you’d expect because the computer will need to emulate x86 architecture in order to run them.

When I tested a Windows 10 computer with a Qualcomm Snapdragon 835 processor earlier this year I was pretty underwhelmed by the overall performance. Qualcomm says the Snapdragon 850 should offer a 30 percent performance improvement for Windows computers. That sounds like progress, but I’m not sure if it’s enough of a performance boost to justify spending $1000 on this type of device unless you really value long battery life and always-connected capabilities over raw horsepower.

That said, it’s nice that the price includes both the pen and keyboard.

It ships standard with 4GB of RAM and 128GB of storage, and the tablet has an 8MP rear camera, a 5MP front camera.

Samsung is the second company to announce a product powered by Qualcomm’s new Snapdragon 850 processor.

The first was Lenovo, which unveiled the upcoming Lenovo Yoga C630 in August. It’s a 2.6 pound convertible laptop that’s also set to ship in November.