Korean electronics giant Samsung makes a wide range of products including TVs, washing machines, smartphones, and computers. Clearly you can tell one product category from the other by looking: a phone doesn’t look much like a refrigerator. But the brand names usually offer some help too: Samsung’s “Galaxy” line of products tend to be Android phones and tablets, while the company’s latest Windows notebooks, for example, tend to have “notebook” in the name.

But there’s some evidence that Samsung may be planning to blur the lines a bit with the launch of a Windows-powered “Galaxy Book.” 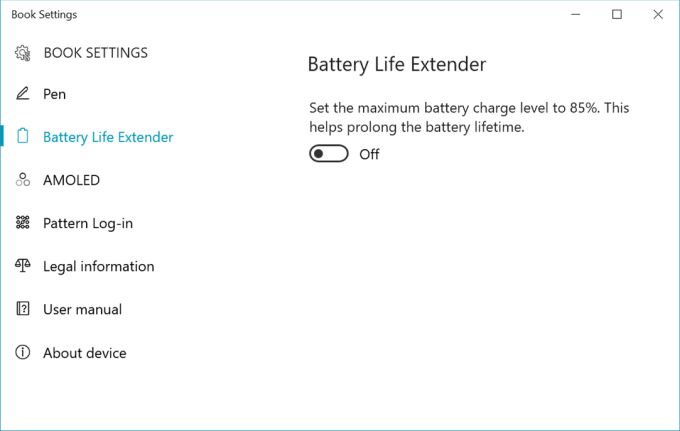 A new Samsung app in the Windows Store called “Book Settings” is described as a tool for managing settings on a “Galaxy Book” that “may not function normally on other devices.”

A picture shows that there are settings options for a device with pen input and an AMOLED display, suggesting the Galaxy Book could be a Windows tablet or 2-in-1 device that can also be used as a laptop.

As MSPowerUser notes, Samsung filed for a trademark for the term “Galaxy Book” in 2012, with the name applying to tablets, mobile phones, MP3 players, and computer software, among other things.

I suppose it’s theoretically possible that Book Settings could be an app that lets you manage the settings for an Android device from a Windows device. But it doesn’t really sound that way from the brief description.