This week Samsung introduced the Galaxy Tab S6 Android tablet with a Qualcomm Snapdragon 855 processor and a $650 starting price.

But it looks like the company may have another Snapdragon 855-powered device on the way — a Galaxy Book S that runs Windows rather than Android.

A few details began to leak last month, but it wasn’t clear at the time exactly what type of device we were looking at. Now Evan Blass has shared a few pictures of the upcoming computer that seem to suggest it’ll be a thin and light notebook rather than a tablet or 2-in-1 PC like the original Galaxy Book.

Update: The Galaxy Book S is official, and as expected it’s a Windows on ARM laptop with a Snapdragon processor. But it’ll have a Qualcomm Snapdragon 8cx chip, not a Snapdragon 855 as had been reported. 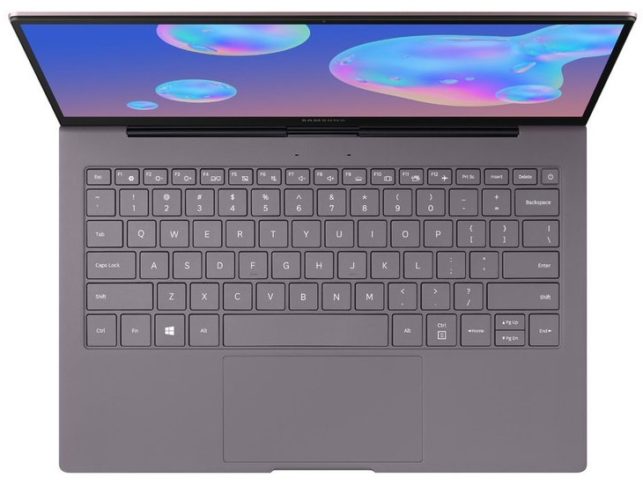 The upcoming Samsung Galaxy Book S appears to have a USB-C port, webcam, dual microphones, and what looks like a full-sized QWERTY keyboard. If the display portion is detachable, you wouldn’t know it from these pictures.

Leaked data from Geekbench suggests that at least one model may feature a 8GB of RAM, and an entry at the Bluetooth SIG website hints at Bluetooth 5.0 support.

While few other details are known at the moment, we may not have to wait long to find out more — Samsung is holding an Unpacked event next week, where the company is expected to launch the Galaxy Note 10 smartphone, but it wouldn’t be surprising if the company used the opportunity to unveil other new products.