The Samsung Galaxy Book line of computers are 2-in-1 devices that you can use as a tablet or a notebook. First introduced in February, the Galaxy Book comes in 10.6 inch and 12 inch models, and both go up for pre-order in the United States starting April 21st.

Prices are expected to start at $630 for the smaller model, and $1300 for the larger version, which also features higher-end specs. 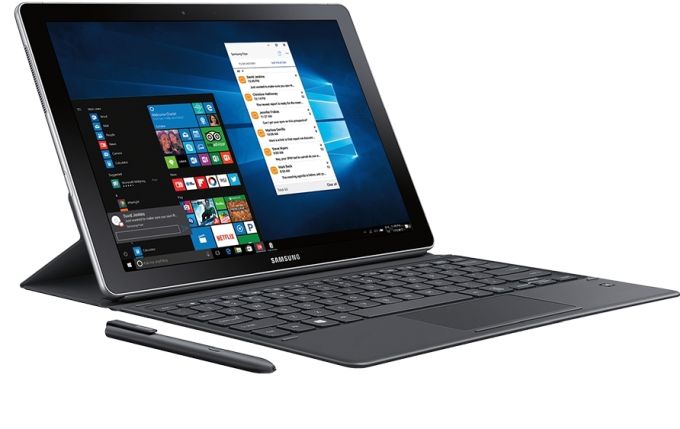 Both models feature a tablet, a detachable keyboard, and a digital pen. And both have some features in common, including 802.11ac WiFi, Bluetooth 4.1, fast charging support, USB 3.1 Type-C ports, and microSD card readers.

But there are also some key differences.

While the 10.6 inch model has a single USB Type-C port, the 12 inch Galaxy Book has two. And Samsung will also offer a Galaxy Book 12 LTE model with support for LTE Cat 6 networks. There’s no 4G version of the Galaxy Book 10.6″.