Samsung has at least two new Windows laptops coming in May including one model with a Qualcomm Snapdragon processor and another with an Intel Tiger Lake processor and an AMOLED display.

That’s according to a series of product slides leaked by WalkingCat, who also lets us know that Samsung plans to launch two new Android-powered Galaxy Tab “Lite” tablets a month later.

Since Samsung has yet to confirm any of the details, take this all with a grain of salt – plans can change, and leaks can be inaccurate. But here’s what we know so far: 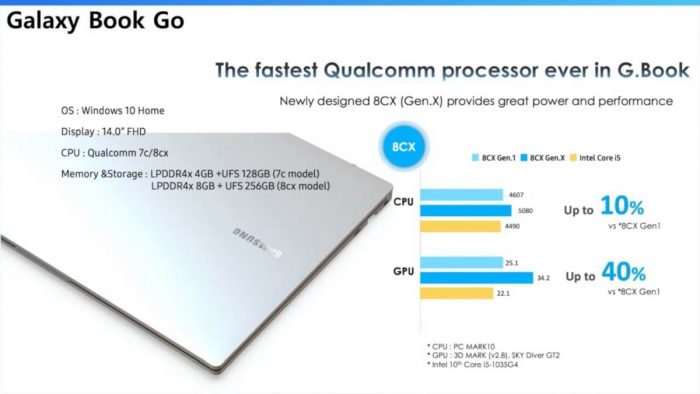 With a 14 inch full HD display, a thin and light design, and an emphasis on connectivity, this laptop should be able to connect to cellular networks and offer long battery life thanks to its Qualcomm Snapdragon processor.

Performance may be another story – Samsung’s leaked product slide suggests performance that’s on par with an Intel Core i5-1035G4 processor or better, but real-world performance will likely depend on the activity. Windows applications that have been compiled to run natively on devices with ARM processors tend to run a lot more smoothly on Windows on ARM computers than those that have not.

Samsung will also offer two different models… and it’s interesting to note that the presentation doesn’t seem to offer any performance notes for the cheaper model:

This model is a more traditional thin and light Windows notebook, which Samsung is positioning as an update to last year’s Galaxy Book Ion. The slide also suggests that like last years model, the new Galaxy Book Pro will be available with a choice of 13.3 inch or 15.6 inch screen sizes (although only the latter is explicitly mentioned). 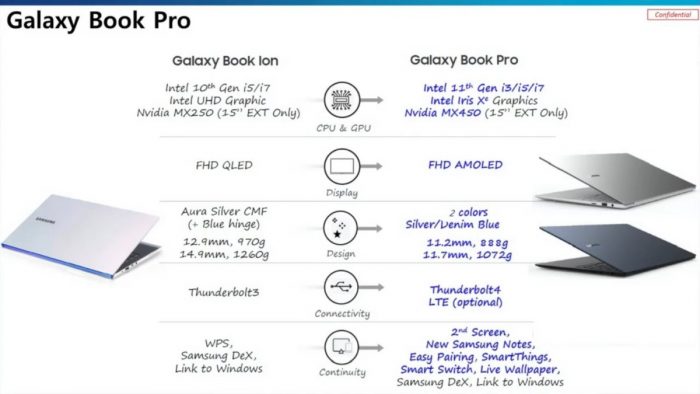 The 15 inch model will also be available with NVIDIA MX450 discrete graphics.

No matter which screen size you opt for, you’re getting a thin and light notebook. Samsung says the 15 inch version measures 11.7mm (less than half an inch) thick and weighs 2.4 pounds, while the smaller model is 11.2mm thick and weighs 1.96 pounds.

We don’t have detailed specs for the Android tablets yet, but this we do know that this model is expected to have a 12.4 inch, 2560 x 1600 pixel LTPS LCD display and support for 5G cellular networks. 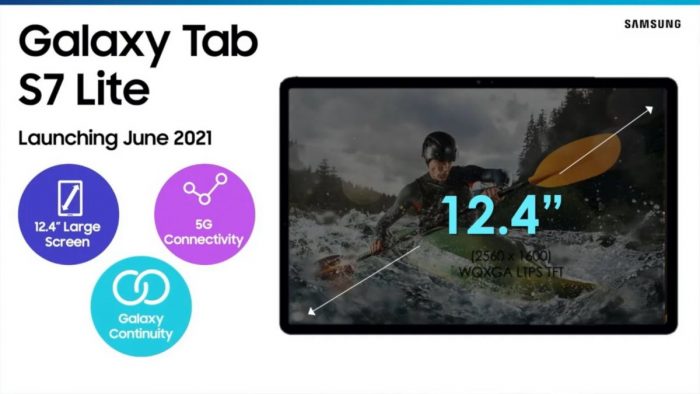 S-Pen support is also likely, but not guaranteed.

This will be a smaller, most likely cheaper tablet with an 8.7 inch display and a metal chassis. Given that the 10.4 inch Galaxy Tab A7 sells for $230 or less, I suspect the new Galaxy Tab A7 Lite will carry an even more affordable price tag. 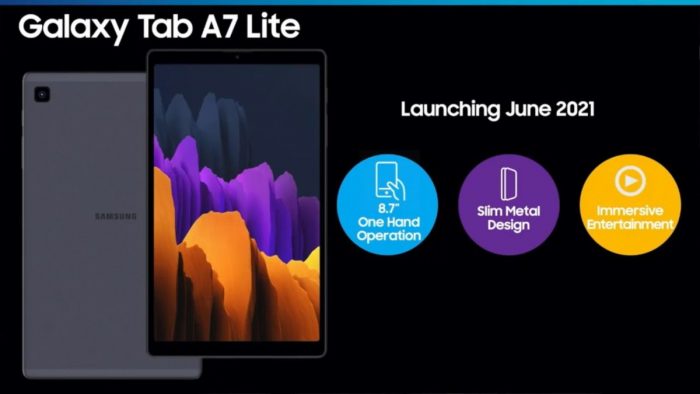 2 replies on “Samsung Galaxy Book Go and Pro coming in May, Galaxy Tab S7 Lite and Tab A7 Lite in June (leaks)”