Samsung has unveiled two new thin and light convertible notebooks that will hit the streets early next year.

The new Samsung Galaxy Book Flex 2-in-1 convertible and Galaxy Book Ion clamshell-style notebook will be the first laptop computers to ship with Samsung’s Quantum Dot LED display when they ship. Among other things, that means you should get deeper blacks, wide color gamut, low power consumption, and the screens will support up to 600-nits or brightness for outdoor visibility. 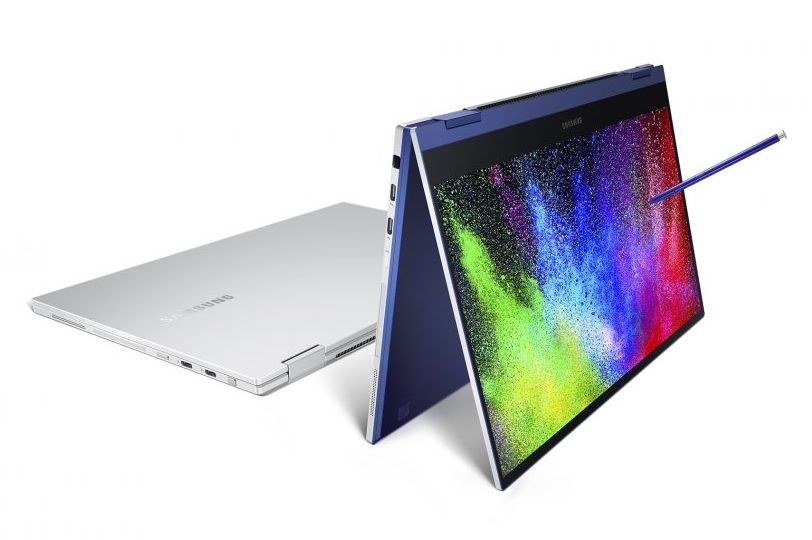 Both laptops will be available with 13.3 inch or 15.6 inch 1080p displays, both will feature 10th-gen Intel Core processors with Iris Plus graphics, and the 15.6 inch models will have have an NVIDIA GeForce MX250 graphics option.

And both will also support wireless power share technology, which means you can charge a wireless phone or set of earbuds by placing them on the laptop’s touchpad.

The Galaxy Book Flex features an aluminum body, a 360-degree hinge, and support for a Samsung S Pen.

Samsung says the 13.3 inch model measures about half an inch thick and weighs about 2.5 pounds, while the 15.6 inch version is 0.6 inches and has a starting weight of 3.4 pounds.

Both sizes feature Intel Ice Lake processors with Iris Plus graphics, 69.7 Wh batteries, two Thunderbolt 3 ports, a USB-C port, a headset jack and support for up to 1T of PCIe NVMe storage and 16GB of LPDDR4x RAM.

Samsung Galaxy Book Ion lacks the 360-degree hinge or pen support, and it features an Intel Comet Lake processor rather than an Ice Lake chip.

But it’s lighter-weight and features a memory SODIMM slot for upgradeable RAM. The 15.6 inch model also supports a second SSD if you want to add more storage without replacing the included NVMe SSD.

Other specs for these models are pretty similar to what you get from the Galaxy Book Flex, including 1080p QLED displays, AKG stereo speakers, backlit keyboards, fingerprint sensors, and 720p webcams.

Pricing details for the laptops should be available closer to launch — but given that these are the first two laptops to sport QLED displays, I wouldn’t expect them to be cheap.