The chip maker says it offers up to 30 percent better performance over the Snapdragon 835 processor that powered earlier devices like the Asus NovaGo… which is a good thing, because the NovaGo is really, really slow.

So is a 30 percent performance boost enough? The first Samsung Galaxy Book2 reviews are in and the consensus seems to be… maybe? But probably not. 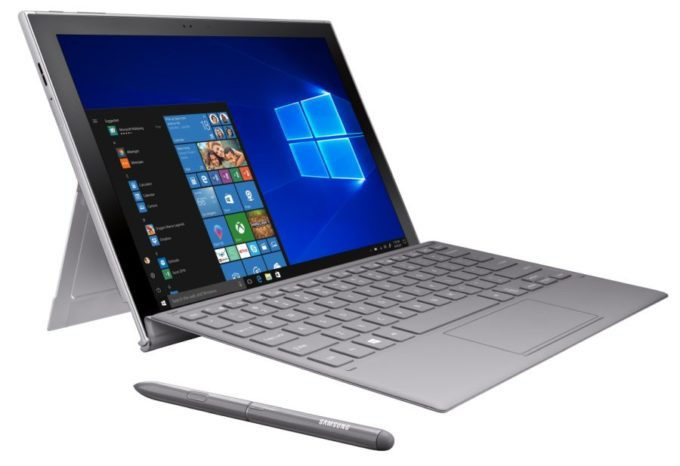 For example, Engadget found that the Galaxy Book2 managed to perform a batch image processing job in 2.5 minutes. The same task took about 3.5 minutes on the NovaGo. Progress, right? The only problem? The same job took about 10 seconds on recent devices with Intel processors.

That’s a tough pill to swallow when you’re looking at a 2-in-1 Windows tablet with a $1000 price tag.

Interestingly, PCWorld found that the Galaxy Book2 outperforms the Microsoft Surface Go with its  Intel Pentium 4415Y processor in some web benchmarks… by just a little bit. But that’s a tablet that sells for $399 and up. And the Surface Go comes out way ahead when you run more general-purpose benchmarks like PCMark 8.

Laptop Magazine ran a number of additional benchmarks and for the most part they confirm that the Galaxy Book2 is a step up from Snapdragon 835-powered computers like the Asus NovaGo and HP Envy x2. But Samsung’s $1000 tablet doesn’t come close to matching Microsoft’s recently launched Surface Pro 6, which has an Intel Core i5 processor and a starting price of $899.

There are still some advantages to choosing a device with a Qualcomm processor rather than an Intel chip. The Galaxy Book2 is a fanless 12 inch tablet that weighs just 1.8 pounds and offers around 15+ hours of battery life in real-world tests. It also features built-in support for 4G LTE.

It features a built-in kickstand and comes with a Samsung S-Pen and detachable keyboard with a touchpad. Reviewers largely agree that the display looks great, the keyboard is pretty good, and overall built quality is stellar. The only real issue that keeps the Galaxy Book2 from competing with Microsoft’s Surface devices is the subpar performance when running resource-intensive apps and games.

The Book2 ships with Windows 10 Home in S Mode, which means you’re restricted to running apps downloaded from the Microsoft Store. But you can switch to the full version of Windows 10 Home for free — you just may notice that performance with non-Store apps isn’t quite as good since any app that’s not optimized for ARM architecture will require x86 emulation to run properly, and that adds a bit of overhead.

Even if you’re running the full version of Windows 10, you’ll have some restrictions on the types of x86 apps you can run: there’s no support for 64-bit x86 applications, so if you want to run software that doesn’t offer a 32-bit version you’re out of luck.

If you don’t need an always-connected, always-on thin and light computer with mobile broadband support, you could probably spend a lot less money and get a faster machine. But if you’re willing to put up with substandard performance in exchange for those features, I guess it’s nice to have the option. It would be even nicer if you didn’t have to choose between one and the other.