Samsung introduced a smartphone with a built-in projector a few years ago. It’s called the Samsung Galaxy Beam, and while the projector helps set it apart from the crowd, the rest of the specs are kind of unimpressive by 2014 standards.

Now Samsung is updating the Beam with a faster processor, a bigger screen, and newer software. The Galaxy Beam 2 seems to be set to launch first in China. 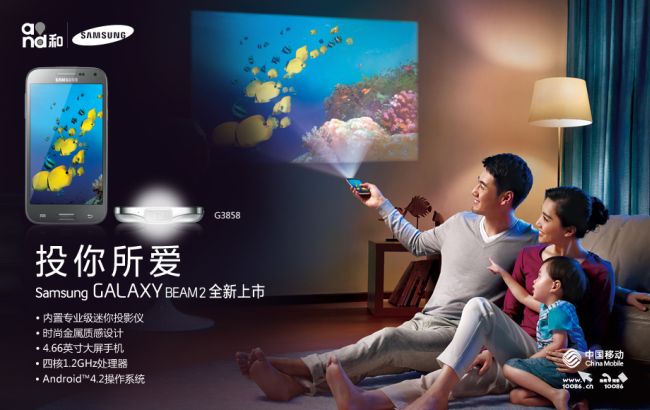 Other than support for 802.11n WiFi, Bluetooth 4.0, GPS, and China Mobile’s cellular networks, there aren’t a lot of details about the basic phone specs.

What makes the Beam 2 special is the digital projector which can beam images or videos to a wall or screen. Like the display, the projector has a display resolution of 800 x 480 pixels.

One reply on “Samsung Galaxy Beam 2: A slightly better phone with a projector”