Smartphone cameras are the new razer blades: if two is good and three is better, than why not four or more?

Samsung just launched its first phone with three cameras on the back. But, according to Evan Blass, the camera’s already got a quad-camera phone on the way.

Say hello to the Samsung Galaxy A9. 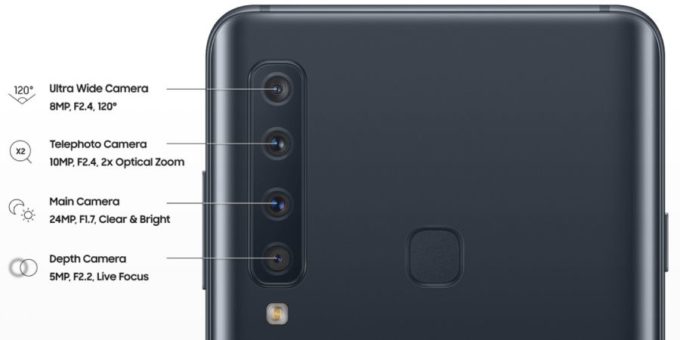 The four cameras are lined up in a row along one side of the phone (unlike Lenovo’s upcoming quad-camera phone, which is expected to arrange them in a square).

Here’s a run-down of the features for each camera

In other words, the cameras can be used together to let you use lossless optical zoom to get closer to the action without moving your phone, take shots where the subject remains in focus while the background is blurred, capture wide-angle shots, or just shoot standard photographs.

Samsung hasn’t officially announced the phone yet, but the company is holding an event in Malaysia tomorrow, so confirmation of the camera setup could be hours away.

Specs haven’t been revealed yet, but rumor has it that we can expect a Qualcomm Snapdragon 660 processor.

2 replies on “Samsung Galaxy A9 with four rear cameras leaked”