Samsung recently unveiled three new Galaxy A series smartphones coming in 2016. But it looks like there will be a fourth model: the Samsung Galaxy A9 is a smartphone with a big screen and a big battery.

Like other A series phones, the Galaxy A9 has mid-range specs and premium design elements. It’s expected to hit the streets in early 2016. 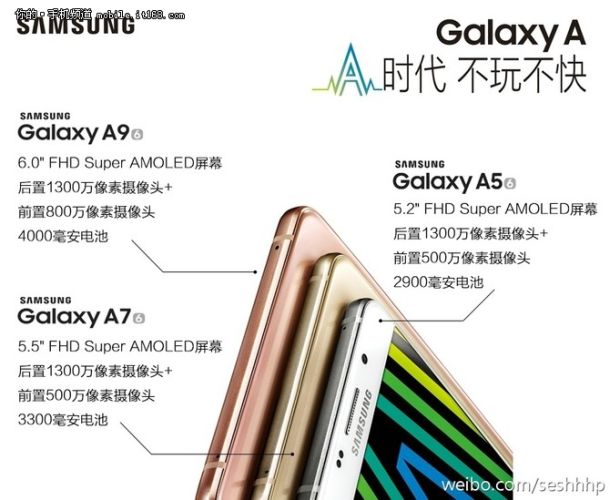 Other features include a Qualcomm Snapdragon 620 processor, 3GB of RAM, a 13MP rear camera, and an 8MP front-facing camera. The phone supports 4G LTE and it features a fingerprint scanner on the front of the phone with support for Samsung Pay.

The Galaxy A9 is expected to ship with Android 5.1 Lollipop software, and the phone is expected to sell four about $465 in China. There’ no word on an international price or launch date yet.

via G for Games and SamMobile