Samsung’s Galaxy A series line of mid-range smartphones are among the company’s best-selling, typically combining strong features and prices that are more affordable than the company’s increasingly expensive Galaxy S series flagships. 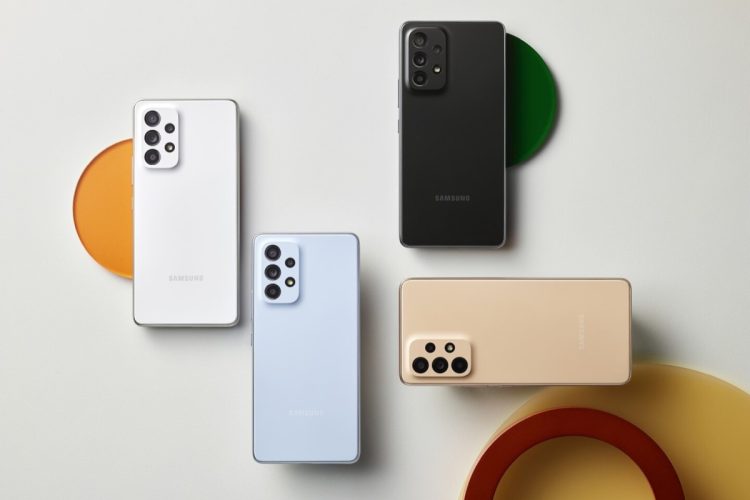 Both phones feature AMOLED displays with high refresh rates, at least 6GB of RAM and 128GB of storage, microSD card readers, 5,000 mAh batteries, 25W fast charging (but you’ll need to supply your own charger since there isn’t one in the box), and they’re both missing something found on previous-gen Galaxy A devices: a headphone jack.

There’s also a new Samsung Galaxy A73 4G smartphone coming to select markets on April 22nd, but Samsung hasn’t announced pricing for that model yet. We do have specs and images though. Expect a bigger screen, a higher-res primary amera and, most likely, a higher price tag.