Most smartwatches running Google’s Wear OS software that have shipped in recent years have been powered by Qualcomm Snapdragon Wear processors. But the new Samsung Galaxy Watch 4 that’s set to launch this week? It’ll be using Samsung’s brand new Exynos W920 processor instead.

Samsung says the new chip offers up to 20% faster CPU performance than its predecessors, and up to 10X better graphics. It’s also the first 5nm processor designed for wearables. 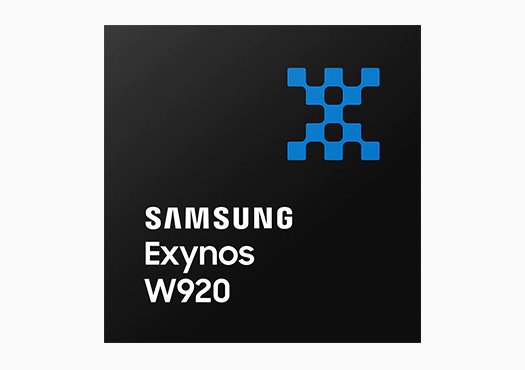 The new chip features two ARM Cortex-A55 CPU cores, ARM Mali-G68 graphics, and a low-power ARM Cortex-M55 co-processor that kicks in for always-on-display functions, letting you see the time and notifications without waking the watch from sleep mode.

Other features include support for LPDDR4 memory, eMMC storage, and display resolutions up to 960 x 540 pixels.

Samsung isn’t the only company launching new wearable chips this year. Qualcomm introduced the Snapdragon Wear 4100 and 4100+ in June, promising memory, graphics, and connectivity improvements. But it’s the first updated from Qualcomm in two years and, at least on paper, Samsung’s new chip looks like it should be significantly more powerful.

Up until recently, Samsung hadn’t been a part of the Google Wear OS ecosystem. Instead the company used its own Tizen-based software for Galaxy Watch series devices. But Samsung and Google announced this year that they would launch a new unified platform known as Wear OS 3.

What’s interesting is that the Galaxy Watch 4 will likely be the first device to ship with the new software… and the only device to ship with the software for the foreseeable future. Google completed its acquisition of wearable activity tracker/smartwatch maker Fitbit this year, but has yet to launch any new wearables since closing the deal (unless you count wireless earbuds).

Meanwhile, the Apple Watch continues to dominate the wearable space year after year and it remains to be seen whether a Samsung-Google team-up, a new “unified” operating system, and newer, faster processors will do anything to change that.