Two years after announcing plans to bring AMD graphics to Samsung Exynos mobile chips, it looks like the first of those chips could be ready to launch soon.

What does that means for mobile devices powered by the chip? The kind of graphics horsepower that had usually been associated with discrete GPUs. 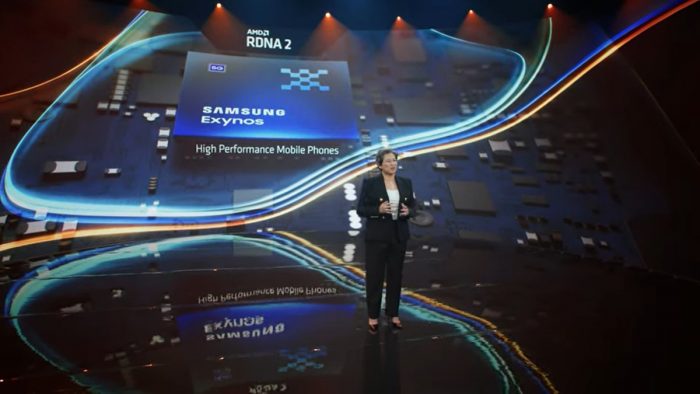 Su says that the upcoming Exynos chip will support features including ray tracking and variable rate shading. While that wouldn’t make it the first ARM-based chip with those features (Apple’s M1 processor also supports ray tracing), it could still be enough to help give Samsung an edge over rival Qualcomm.

Samsung’s recent processors have had GPUs based on ARM’s Mali designs, while Qualcomm uses its own Adreno graphics technology, which often outperforms ARM’s designs.

While it’s unclear exactly when Samsung’s Exynos-with-AMD chips will be ready to ship, Su said that Samsung will be sharing more details later this year.

It’s also not entirely clear exactly which Samsung devices will use the new chips. Samsung’s highest-profile mobile devices are certainly its smartphones. But the company also sells a line of high-end tablets as well as Chromebooks and Windows laptops, and there have been some reports suggesting that at least one of Samsung’s upcoming Exynos/AMD devices would be a Windows PC.