Samsung’s upcoming “Evolution Kit” that you can plug into the back of a 2012 model Samsung Smart TV to effectively turn it into a 2013 model. The kit features CPU and graphics upgrades which should improve performance of apps, web browsing, and other activities.

In other words, the Kit sounds an awful lot like the Android TV sticks we’ve seen coming out of China over the past year. It’s a small box with the guts of an Android phone or tablet which you can use to run apps on your TV. 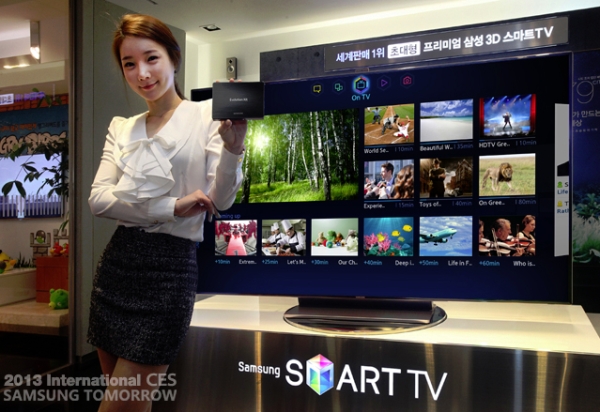 The difference is that Samsung’s Smart TVs already have the ability to run apps — the Evolution Kit just makes them faster… which sort of makes me wonder why anyone would spend extra money on a Smart TV that’s just going to be outdated in a year or two anyway when you could just buy a dumb TV and plug in your own TV stick.

Samsung will show off the new kit at the Consumer Electronics Show next week, but the company hasn’t yet announced the price or launch date for the Evolution Kit.

Update: The Evolution Kit is expected to launch in May for $299.