Samsung’s DeX software has been available for a few years, letting you connect a keyboard, mouse, and display to supported phones or tablets to use Android in a desktop-like environment.

Now Samsung is letting you just plug your phone into a PC.

The company says the new version of DeX for the Galaxy Note 10 will let you run a cable from your phone to a Windows or Mac computer in order to control your phone from your PC (which is functionally similar to running phone apps on your PC’s display).

And that’s just one of the ways Samsung is trying to make its newest phone work better with whatever computer you’re using. 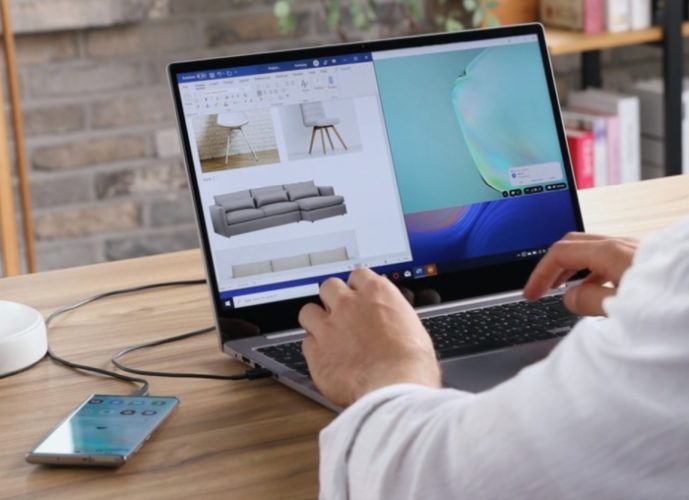 The new DeX for PC feature lets you:

But that said, the Galaxy Note 10 also now comes with a version of Microsoft’s Your Phone app pre-installed. That means when you pair a Note 10 with a Windows 10 computer you’ll be able to view smartphone notifications, send and receive text messages, and view photos on your PC screen.

Microsoft says later this year you’ll even be able to make and receive phone calls using your PC hardware.

PC users can also stream games from a Windows computer to a Note 10 wirelessly, allowing you to play PC games as if they were mobile titles (and the Galaxy Note 10 will also come with the Discord chat app for gamers built into the company’s game launcher, if that’s a selling point for you).