Samsung’s new UFS memory cards are about the same size as a microSD card, but they offer read/write speeds that are much higher. That means we could eventually see phones and tablets that support removable storage with the same kind of performance you’d expect from a decent laptop or desktop-class SSD.

There’s just one catch: you’ll probably need a new phone or tablet. Samsung has confirmed that its UFS cards won’t work with existing devices, because they can’t be read by the microSD card slot used in your current phone.

There is some good news though: you might be able to use both microSD cards and UFS cards with the same device. 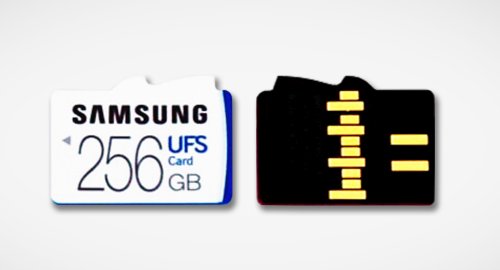 Samsung tells the folks at Droid Life that while UFS cards aren’t compatible with existing microSD card sockets, the company has developed a new socket that supports both UFS and microSD cards.

If device makers license the technology for that new socket, you’ll have the choice of using either card. Why would you want to use a slower microSD card? They’ll probably be a lot cheaper for the foreseeable future, and you may already have some of the cards lying around.

You’ll also be able to remove a microSD card from your phone and insert it into your tablet, or vice versa, without worrying that the card is only compatible with one of your devices.

Maybe one day UFS cards (or something else) will be the de facto standard, much as SD cards and microSD cards are today. But until that happens, a socket that can read both types of memory card seems like a good idea.

UFS cards will be available in 32GB, 64GB, 128GB, and 256GB capacities at launch, and they should support sequential read speeds up to 530MB/s and sequential write speeds up to 170MB/s, making the new cards up to 5 times faster than a typical microSD card.