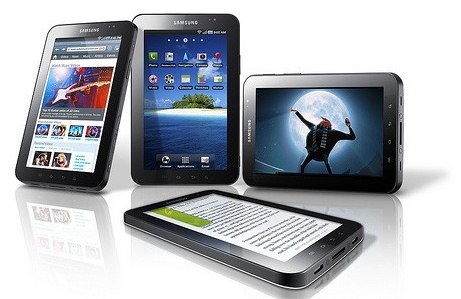 Samsung introduced the Galaxy Tab 7 inch Android tablet in Europe last week. Next week it could be do the same in the US. The Wall Street Journal reports that Samsung will unveil the tablet at an event in New York on September 16th.

What’s more, according to the Journal, Samsung has worked out deals with Verizon, Sprint, and AT&T so that you’ll be able to purchase the tablet and use it with those companies’ wireless networks.

The pricing still remains a mystery, but if Samsung has its way, there’s a good chance you’ll be able to pick one up for $300 or less after subsidy. That would make the US version of the Galaxy Tab awfully competitive with the 3G Apple iPad. AT&T is the only service provider in the US and the 3G model costs $629 and up.

On the other hand, AT&T offers month-to-month iPad wireless plans, so you can cancel anytime without finding yourself locked into a 2 year contract. Apple also offers a WiFi-only version of the iPad for $499. There is no WiFi-only version of the Samsung Galaxy Tab, perhaps because Google insists that a device needs to be able to make phone calls (among other things) to access the Android Market and other official Android apps from Google.