The Samsung Chromebook Pro is a notebook with a 12.3 inch, 2400 x 1600 pixel display, an Intel Core M3 Skylake processor, 4GB of RAM, 32GB of storage, and a convertible design that lets you use the notebook like a tablet. It also comes with a pen.

First unveiled at the Consumer Electronics Show in January, the Samsung Chromebook Pro showed up at Amazon.com earlier this week, but the page has been removed.

Now The Verge confirms that the notebook will be available for purchase starting May 28th (which was the estimated ship date listed on Amazon). 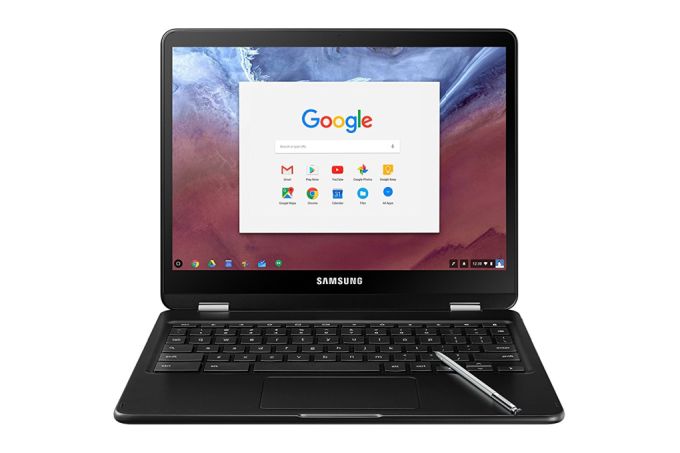 The news comes from an interview with Kan Liu, a senior member of Google’s Chrome OS team, who says the Samsung Chromebook Pro will also be the first device to ship with an Android Nougat-based subsystem that brings improved multiwindow features when you’re running Android apps, among other things.

Android app support on Chromebooks is still in beta, but it’s continually under development and Liu says that Chromebooks may actually get some new Android features before they’re rolled out to phones and tablets.

Google typically releases a major new version of Android once each year. But new versions of Chrome OS roll out every 6 weeks. So rather than wait for Google to push out new features for Android phones and tablets, Liu says the Chrome team could integrate them as soon as they’re ready… although there are currently no plans to offer any Android O-specific features before that version of Google’s mobile operating system is released to the public later this year.

6 replies on “Samsung Chromebook Pro coming May 28th, will get some Android features before smartphones”