Earlier this year two of the developers behind the original version of Siri unveiled a new app called Viv. While Siri was acquired by Apple and baked into the company’s smartphone operating system, Viv was designed to be more of an open platform, capable of tapping into third-party services… much the way Amazon’s Alexa can learn “skills” and the way the Google Assistant will soon support “Actions.”

While Viv Labs demonstrated a preview of its software in May, the company has yet to release anything to the public.

Now Samsung has announced plans to acquire Viv Labs, which means the software could be built into upcoming Samsung phones and other products. 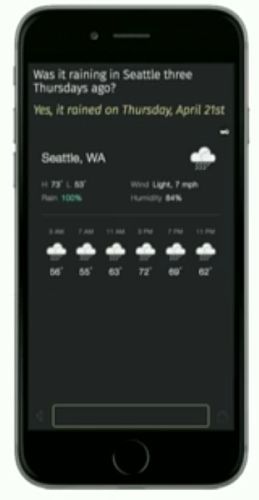 Samsung hasn’t actually said what it plans to do with Viv yet, but the company says “the deal showcases Samsung’s commitment to virtual personal assistants… across all of its devices and services.”

In other words, Samsung sees what Apple, Google, Microsoft, and Amazon are doing, and the company wants in on that action. Don’t be surprised if we see Viv technology used in upcoming phones, smart TVs, or even Amazon Echo/Google Home-like speakers.

Viv is expected to operate as a standalone company, but it’s unclear if that means Viv software will be available for any non-Samsung devices.

It’s also not clear if people who buy Samsung products will see the value in another virtual assistant. After all, the company’s Android phones will already have access to Google Search (and maybe Google Assistant, eventually), and customers of Samsung laptop and desktop computers will be able to use Cortana in Windows 10.

I guess we’ll find out if Samsung and Viv Labs can deliver on the promise of making a better voice assistant in a way that makes people actually choose to use it over the other alternatives… including alternatives which may already be pre-installed on the same device Viv will run on.