A few months after first introducing the Exynos 7 Octa processor, Samsung has announced an updated version is on the way. While last year’s model was a 64-bit, ARMv8 processor based on a 20nm design, the new chips will be 14nm processors.

Samsung says mass production of the first chips developed with a 14nm FinFET process is underway. 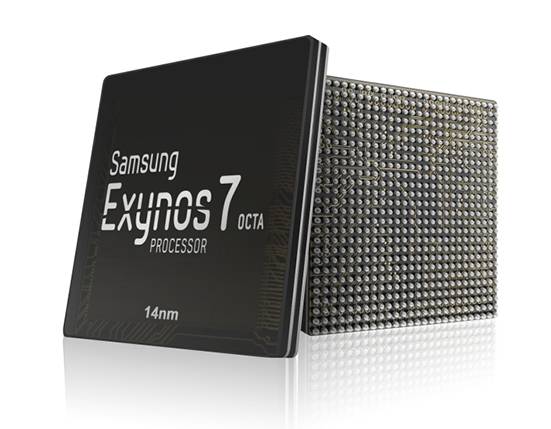 While the Exynos 7 Octa processor lineup will be among the first to see the shift from 20nm to 14nm, Samsung says the technology will be used in additional products later in 2015.

The new design should offer improvements in both efficiency and performance. Samsung says the new chips could be up to 20 percent faster while using 35 percent less power. Think better performance and longer battery life.

Samsung isn’t the first chip maker to adopt a 14nm process. Intel’s Broadwell chips are also based on 14nm designs. But those processors are designed for desktops, notebooks, and tablets, while Samsung’s ARM-based chips are aimed at mobile devices including smartphones.